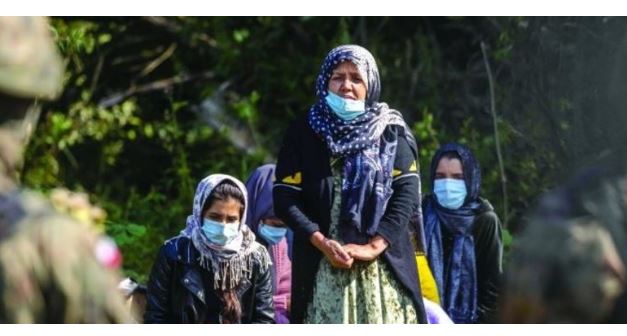 Germany on Tuesday urged the European Union to “take action” and help stem the flow of migrants illegally crossing into Poland from Belarus.

“We must help the Polish government secure their external border. This would actually be the task of the European Commission. I’m now appealing to them to take action,” he said.

The plea came after Poland said it had repelled an attempt by hundreds of migrants to illegally cross from Belarus.

Warsaw warned that thousands more were on the way and future attempts to breach its frontier could be “armed in nature”.

“We cannot criticise them… for protecting the EU‘s external borders,” Seehofer told Bild. “Not through the use of firearms of course, but with other means that are available.”

The EU accuses Belarusian President Alexander Lukashenko of flying migrants from the Middle East and Africa to Minsk and then sending them into the bloc on foot in retaliation for sanctions imposed by Brussels over his regime’s crackdown on the opposition.

The use “of migrants for political purposes is unacceptable”, she said, adding that the EU would also look at how to sanction “third-country airlines” flying migrants to Belarus.

As Poland’s neighbour, Germany has seen a steep rise in migrants entering from Belarus via Poland.

In October alone, the number stood at nearly 5,000, according to German authorities.

Berlin has responded by stepping up border controls and deploying extra police officers.