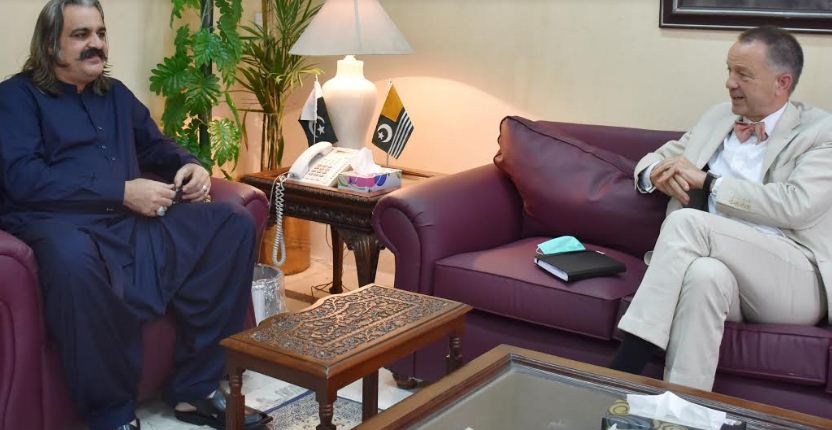 ISLAMABAD, JUN 9 – Ambassador of Germany to Pakistan Bernhard Schlagheck called on Federal Minister for Kashmir Affairs and Gilgit Baltistan Ali Amin Khan Gandapur here in Islamabad. The meeting discussed the overall security situation of the region with particular reference to the issue of Jammu and Kashmir. The Minister highlighted the worst condition of Human rights in Indian illegally Occupied Jammu and Kashmir.

He expressed the resolve of his government for peaceful settlement of Kashmir dispute as per aspirations of people of Jammu and Kashmir and according to the United Nations Security Council resolutions. German Ambassador expressed his concerns on human rights violations in IIOJK and said that Germany supports the peaceful settlement of Kashmir dispute through a meaningful dialogue process.

The meeting also discussed the political, social and economic issues of AJK and Gilgit-Baltistan. The Minister said that free and fair elections of Azad Jammu and Kashmir legislative Assembly will be held soon, in which all political parties will actively participate. The Minister also highlighted the problems and difficulties faced by the civilian population residing on line of control LOC and said that government has started a 3 billion rupees project for safety and security of life and property of the civilian population residing on line of control. 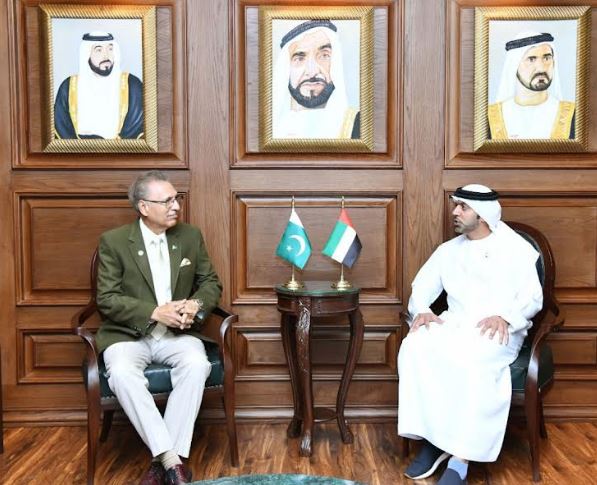