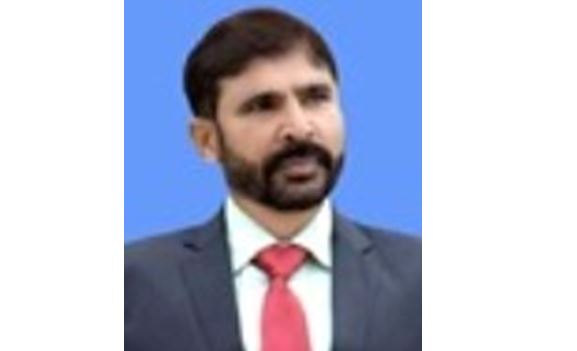 The current geopolitical reality imposes new challenges and opportunities to resolve conflicts of interest through international cooperation, while maintaining a strategic vision or calling into question the balance of power. However, uncertainty is constant, as are circumstances and actors. In this constant concern for improvement, we cannot fail to evoke two kinds of strategic ideas. First from a real political point of view (The enemy of my enemy is my friend), which facilitates the formation of alliances. Second, by following a strategic and confrontational approach (The success or achievement of my opponent’s goals affects my accomplishment), it is therefore important that the opponent does not achieve his goals. Despite the complexity of the strategic environment, it has been observed that countries are increasingly interconnected and interdependent due to the global nature of the threats and the common aspects of their development. Currently, there are very competitive regional blocs, where robotics, electronics, communications, biotechnology, as well as their military capabilities and levels of interoperability are measured. All this, marked by a common aspect: defending their interests.

In this context, everything indicates that in the 21st century the following aspects will mark geopolitics: the impact of an economy in a market that has neither flag nor nationality, technology is a certain variable, hostility to alternative cooperation, sustainable development within the framework of a supernatural policy of environmental protection and the promotion of democracy with security as a key element of development and welfare.

Regarding these aspects, it described a free market as the most important economic model in the world, with the exception of certain activities considered appropriate for the state, such as laws, public order, rehabilitation or national defense, etc. In this sense, when we refer to the free market, we consider that these economic activities and transactions depend exclusively on the free initiative of individuals. This interaction creates an environment in which individuals are free to achieve their goals and maximize their profits without state intervention. However, there are contradictions between these activities, which one way or another, the state should control, and which should be an independent initiative. Therefore, the production of wealth without any control, through the exploitation of the resources necessary for the life and development of a state, is complex and controversial from a nationalist and conservative point of view. In this regard, a look back at Peru at the beginning of the 20th century shows that the influx of foreign capital introduced an economic export policy which benefited a particular group. However, this situation has not made it possible to increase national power and capacity, as these power groups have a brief idea of ​​what homeland and state mean. In many cases, these ideas are not just in your imagination.

There is a question, how can we estimate the power of a state? To answer this question, econometric models make it easier to determine national strength and capacity for which a state owner considers the number of square kilometers as the basic variable. That is, the larger the area, the greater the power.

The other aspect is related to technological development. In this regard, in the field of cyberspace, the absence of an international regulatory framework facilitates the understanding of the threats to States and the people are exposed. This situation leads to activities involving identity theft, financial crime or the handling of weapons of mass destruction. These scenarios allow us to analyze how an increase in technology and mechanization can have a fundamental impact on global production models, as well as on production costs and labor costs. Under this approach, countries that dominate the technology will set standards in electricity generation and national potential.

The third aspect explains how animosity between two states resolves regional disputes by force of arms. Moreover, if the two states fail to implement this concept of war, they have their own consequences, but through the interests of third parties. At present, however, international cooperation and various organizations, such as the United Nations (UN) is setting the tone for dialogue and building new spaces for trade.

The fourth aspect of sustainable development, as the basis for the development of new generations, is the commitment not only to the people of the country but also to the people of the world. The country that depends on the export of raw materials, it is necessary to set the goals and objectives of public and private institutions to achieve sustainable economic, political, social and environmental development. A responsible country is therefore a country recognized and integrated into the international community.

And the new perspective on politics takes multilateral relations of interest and global security to a new level. Likewise, strategic planning in which countries make internal national goals at all levels of government and adapt to international contexts facilitates the development of a state. On the other hand, the possibility for states to join supranational organizations and foreign trade opportunities builds national capacity and strength. Furthermore, it is important to remember that in the international context, States are not friends, but have common interests where the instruments of national power complement each other for weight and negotiating capacity. Therefore, one must understand the method of studying geopolitics that allows important pieces of a state to be strategically transferred to the Grand International Council.