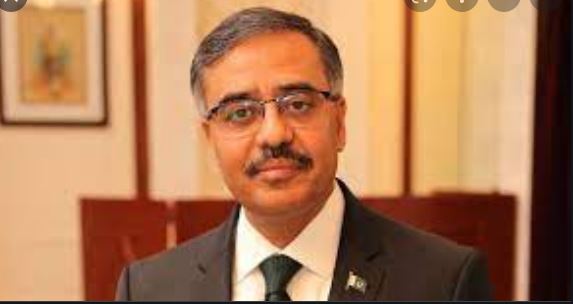 ISLAMABAD, DC 1 /DNA/ – Foreign Secretary Sohail Mahmood held a briefing for the Islamabad-based OIC Heads of Mission, today, on the proposed Extraordinary Session of the Council of Foreign Ministers (OIC-CFM) of the Organization of the Islamic Conference (OIC) on the situation in Afghanistan.  The Foreign Secretary informed that on 29 November, the Kingdom of Saudi Arabia – in its capacity as the Chair of the Summit of the OIC – took the initiative to propose the convening of an Extraordinary Session of the OIC Council of Foreign Ministers, relating to the situation in Afghanistan.

Pakistan welcomed this initiative and offered to host the CFM in Islamabad on 17 December 2021. The Foreign Secretary underscored that this Extraordinary Session was aimed at addressing the serious and deteriorating humanitarian situation in Afghanistan. He highlighted that according to the United Nations (UN), 60% of Afghanistan’s 38 million people faced “crisis levels of hunger” and that the situation was getting worse every day. The risk of acute malnutrition, especially amongst women and children, was increasing in addition to internal displacement. The Foreign Secretary further stressed that apotential economic collapse could not be ruled out.

“This would not only be a humanitarian tragedy but also exacerbate the security situation, spur instability,and lead to a mass exodus of refugees. This would have grave consequences for international peace and stability,” he added. The Foreign Secretary emphasized that as the collective voice of the Islamic Ummah, the OIC can and must play its part in helping address the urgent humanitarian and economic needs of our Afghan brethren. In addition, he underlined, OIC’s leadership could help galvanize other international actors to come forward and extend a helping hand to the Afghan people currently in dire need of international support and solidarity.