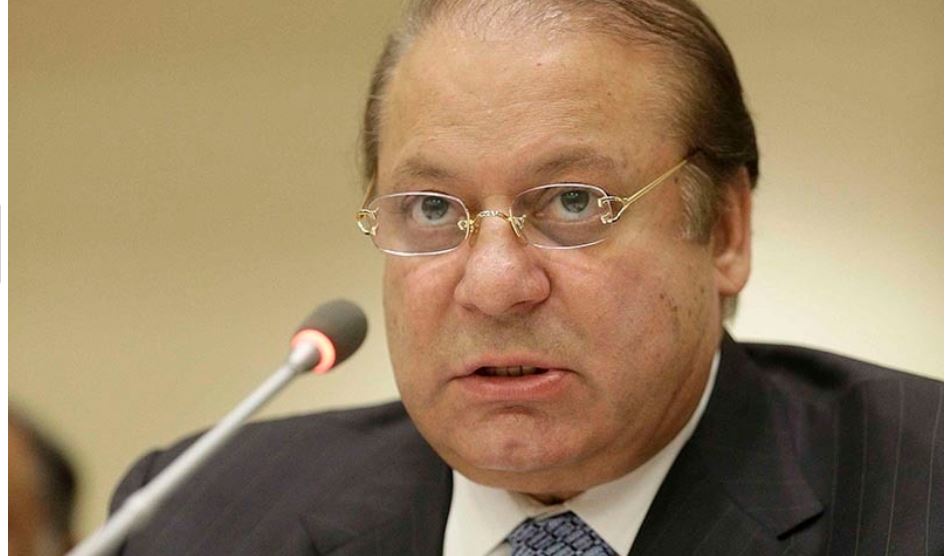 ISLAMABAD: A fresh medical report of former prime minister Nawaz Sharif was submitted to the Lahore High Court on Tuesday, in which the PML-N supremo was advised against travelling to Pakistan in light of possible health risks posed to him amid the ongoing Covid-19 crisis and the possibility of health-related complications he could develop after returning to “solitary confinement”.

The three-page report, a copy of which is available with Dawn.com, was submitted by Advocate Amjad Pervez during a hearing of the Chaudhry Sugar Mills (CSM) case, in which members of the Sharif family have been accused of being involved in money laundering under the garb of sale and purchase of the mills’ shares.

In the report submitted today, Dr Fayaz Shawl, director of the intervention cardiology department at Adventist Healthcare White Oak Medical Centre in the United States and clinical professor of medicine at George Washington University, stated that he had known the PML-N leader since June 13, 2004, when he had performed coronary intervention on him at King Faisal Specialist Hospital and Research Centre in Jeddah, Saudi Arabia.

He said he had subsequently performed two more procedures on Nawaz at Dubai’s Zulekha Hospital on January 28, 2007.

Additionally, the doctor said, he was “periodically updated by his (Nawaz’s) cardiologist in London, as well as by his personal physician, Dr Adnan”.

Sharing details of Nawaz’s medical history and medications prescribed to him, Dr Shawl noted that the PML-N supremo had undergone extensive investigations since he arrived in London in 2019, and the investigations confirmed that “he has significant ischemia (a condition in which the blood flow is restricted or reduced in a part of the body) in the distribution of his left circumflex artery”.

Referring to his previous evaluation of Nawaz in September 2020, the doctor recommended that the PML-N leader underwent coronary angiography to “reassess his coronary anatomy so that appropriate therapeutic modality could be recommended before he returns to Pakistan”.

Dr Shawl said Nawaz may also need “either complex coronary intervention […] or to again undergo CABGS (coronary artery bypass graft surgery)”. However, he added, the procedures were “on hold” due to the Covid-19 pandemic.

Moreover, the doctor recalled that Nawaz had had two episodes of non-ST-elevation myocardial infarction, a type of heart attack, during his stay in prison before he was allowed to travel to the UK.

“Any further solitary confinement will have a negative effect […] on his health, both physically and psychologically,” Dr Shawl warned.

He added that during his stay in London amid a pandemic crisis, Nawaz had been “managed medically and is under close surveillance”.

“He has improved somewhat [because of] medical therapy but more so due to not being in solitary confinement,” he noted, adding that once the Covid-19 crisis was over, Nawaz should proceed with his “coronary angiography and possible angioplasty or again undergo CAGBS if the [former] intervention was not feasible”.

The doctor suggested that Nawaz should stay in London under the care of doctors with multiple specialties. “These facilities have provided him the best of care so far without further acute coronary syndromes, which he had sustained before his arrival to London,” he noted in the report.

“Given the current Covid-19 crisis in the world, he should, by all means, avoid travelling and/or visiting public places like airport,” Dr Shawl advised, making particular reference to the possibility of the PML-N leader travelling to Pakistan.

“In my opinion, until he undergoes coronary angiography, he should stay in close proximity to the facilities where he has been getting his treatment and the Covid-19 [pandemic ends]. His co-morbidities make him a ‘high-risk’ candidate for death, respiratory failure, etc., should he contract the Covid-19 infection,” he added.

The doctor further mentioned in the report that during Nawaz’s recent evaluation, “I found Mr Sharif under a lot of stress, [and] if he returns to Pakistan without undergoing a definitive treatment in London, the stress of living in solitary confinement and loss of a partner can further compromise his cardiac status.”

“If he returns to solitary confinement, he may develop what we call the takotsubo syndrome (a type of heart failure) due to stressful environment” and it could have “devastating consequences”, Dr Shawl warned.

Nawaz has been in London since November 2019, when he was undergoing medical tests, and he was scheduled to undergo cardiac catherisation at the time.

In January 2020, doctors evaluated whether he would need a heart operation, bypass, or a stent. Due to his haematological issues, family sources had said that at the time, they had considered travel to the US to address his complications.

Then the pandemic set in, leaving many hospitals in the UK battling staff shortages due to high infection rates.

However, the UK only went into national lockdown in March 2020 as cases rose and hospitals declared emergencies, and it is unclear why the former premier did not have the surgery between January and March 2020.

The former prime minister has had two major cardiac interventions in the past (2010 and 2016) and experienced thrombocytopenia in 2019, when he was granted permission by the Pakistan Tehreek-i-Insaf government to travel abroad for medical treatment.

Without the third cardiac surgery he has been advised to undergo, it appears unlikely that the former prime minister will return to Pakistan.

Meanwhile, the Punjab government recently constituted a nine-member special medical board to examine the documents submitted as medical reports of the former premier by his UK physician, Dr David Lawrence, and give its expert medical opinion regarding the patient’s physical condition and his ability to travel back to Pakistan.

However, the board members claimed that they could not give a structured opinion on Nawaz’s condition or ability to travel without details of his current clinical evaluation, blood reports, imaging results and procedures.

In a video message, he said that a doctor from the US state of Washington had written Nawaz’s medical report, even though the former premier was residing in London.

Terming the report as “fake”, the minister said that such reports were making a mockery of the country’s judicial system and laws.

He expressed the hope that the courts would take notice of the false report and the manner in which Nawaz left the country.

“You will not achieve your goals by sending such false reports,” he said. The information minister also mocked the contents of the medical report and said that it was only missing the direction that Nawaz could not walk in any other place apart from Hyde Park as it would increase his stress levels.

Here, Chaudhry was apparently referring to a photo of Nawaz from 2020, wherein he was seen having tea outside his son’s office near Hyde Park.

After the photograph was widely shared on social media, PTI leaders, including Chaudhry, had criticised Nawaz, accusing him of lying about his health to leave the country. 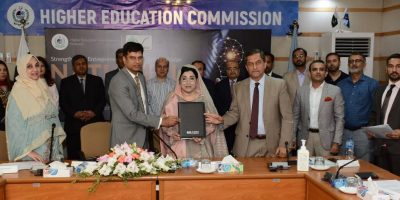 HEC Signs MoU with Five Universities in Collaboration with SMEDA