PARIS: France has taken over the presidency of the Council of the European Union (EU) from Slovenia. France will hold the presidency of the Council of the EU for six months from 1 January to 30 June 2022. The presidency of the council is responsible for conducting meetings, determining the agenda, and facilitating dialogues with other EU institutions. French President Emmanuel Macron, in an hour-long presentation at the Élysée Palace, laid out France’s priorities during its presidency by encapsulating the motto: “Recovery, power and belonging”. France attempts to resolve multiple issues during its presidency across Europe as President Macron aims to foster cooperation in Europe by emphasising on sovereignty and strategic autonomy. President Macron set out the framework for the French presidency in 2017 and, since then, his government has been working towards building genuine European sovereignty, which would focus on Europe’s ability to defend its values and interests. In a news conference, President Macron encapsulated his priorities of moving towards a Europe that is powerful and fully sovereign in its choices.

The French EU Presidency will be taking place against the backdrop of health, energy, and migration crises, especially amidst rising tensions on the EU’s eastern border as the Ukraine–Russia conflict brews. In his speech, Macron highlighted improving European border control to avoid the challenges of migration by reforming the Schengen border-free area by establishing a political steering committee. Additionally, France will also defend the creation of the Emergency Border Support Mechanism for the Refugee Crisis, an instrument created in 2016 to address the humanitarian needs within the EU in relation to the migration crisis. The EU has been dealing with a fresh migration crisis due to Belarus encouraging asylum-seekers to venture into Poland, Lithuania, and Latvia.

Furthermore, Macron also stated the importance of the African continent and has announced an EU–Africa Summit to be held in February in Brussels as France continues its agenda towards taking structural initiatives towards Africa and the Western Balkans. He also showed the desire to launch a new economic and financial deal with Africa beyond the aegis of Europe’s Global Gateway initiative. Similarly, the Western Balkans is a region of utmost importance for France and the EU as Macron insisted on protecting the minorities in the region and further accession negotiations between the EU and Western Balkans countries. The region also is a key transit route for irregular migrants trying to reach Western Europe and the route in the past has contributed towards increased criminal activities in the region such as drug smuggling, petty theft, and human trafficking. Earlier in 2021, at the EU–Western Balkan summit, the European Commission President Ursula von der Leyen said, the EU is not complete without the Western Balkans, therefore, France during its Presidency aims to further the region’s accession talks.

President Macron has called for “imagining a new European model” to fight against mass unemployment across the EU and bring economic development to the continent as Macron has announced several European investment plans and new industrial alliances would be launched by March 2022. The new model would also focus on adapting a simplified and transparent framework, particularly a banking union in Europe. France aims to rethink the budgetary framework of Europe, especially after dealing with the fourth wave of COVID-19. Under the new model, France has outlined digital transformation as a top priority as it hopes to successfully conclude the EU’s Digital Market Act (DMA) and the Digital Services Act (DSA). The new European growth model also promotes environmental ambitions as Macron promises adoption and implementation of a carbon adjustment mechanism also known as carbon tax, which would allow European industries to preserve their competitiveness. The new model also serves as an inspiration to compete against China and the United States as France aims to decrease Europe’s dependency in the technology sector, and Macron pushes Europeans to create genuine technological sovereignty in Europe to make the continent a digital powerhouse.

One of the other major priorities under the French Presidency is furthering progress on the EU defence policy as France, since 2017, has made considerable progress on European defence by leading the initiative by establishing a European defence fund and the Permanent Structured Cooperation (PESCO) under the EU’s Common Security and Defence Policy (CSDP). PESCO is notably perceived by other EU member states as complementary to NATO. The EU currently is working on a European Strategic Compass (a white European defence and security paper), a document that lists out the EU’s defining ambitions for security and defence for the next decade and the document would operationalise the EU’s strategic autonomy and allow Brussels to tackle Europe’s security responsibilities directly. The document is likely to be adopted in the first half of 2022 coinciding with the French Presidency. President Macron has proactively furthered the establishment of a European army to decrease Europe’s independence from the US and NATO.

The issues on rule of law have divided Western and Eastern Europe and Macron perceives rule of law as a non-negotiable. Leaders in Hungary, Poland, and Slovenia in their respective ways have altered the power over media and judiciary with Poland even ruling primacy of national laws over the EU laws and major threats to the effective functioning of the rule of law will arise in 2022 under the French presidency of the EU. Hungary will hold a parliamentary election; Slovenia will be tested in the upcoming elections in the first half of 2022; and intense competition between Warsaw and Brussels over multiple issues will pose a major challenge for France and the EU.

The French presidential elections scheduled for April 2022 will be a major turning point in European affairs despite downplaying the interference of the French presidency of the EU with the French presidential race. President Macron is yet to declare his intentions to run for a second term, however, Valérie Pécresse from the Les Républicains party has clinched her party’s nomination as a presidential candidate against Macron’s La République En Marche. Pécresse is surging in polls conducted by Politico despite the presence of Marine Le Pen and Éric Zemmour; however, Macron remains the frontrunner in the presidential race. The results of the upcoming French presidential elections could sway the European governance for this decade either towards pro-European or Eurosceptics as the leading candidates in the French presidential elections have made migration a central focus. European political affairs will begin a new chapter after Angela Merkel’s resignation and Macron currently possessing greater political leverage on the EU level, however, the French presidency of the council of the EU coincides with surging COVID-19 cases with widespread restrictions across the continent. Macron’s attention in the coming months will be greatly divided between domestic and European issues. Merkel’s departure now allows Macron to fulfil his pro-European ambitions, which he has been championing since he arrived in 2017. The EU now attempts to find a face to represent the bloc and Macron is a leading candidate alongside Italy’s Mario Draghi; however, both Macron and Draghi face elections in the first half of 2022. (Courtesy ORF) 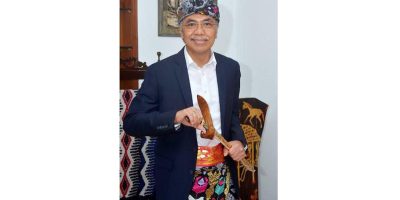 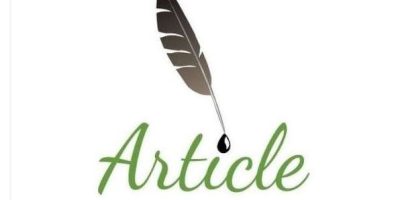