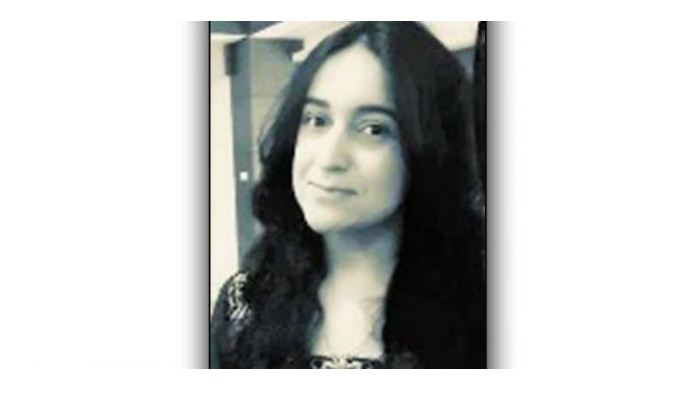 Portraying a fight against oppression as eternal or as religious makes it appear obscure in a way that makes it impossible to solve. As much as we know about history, religion has not been able to solve conflicts over territories. The obsession to control Palestine has been an existential war for Israel as it promises security to the people against the real inhabitants of the Arab land. Similarly, India’s constant battle over Kashmir apparently assures the oppressors of their domestic and international identity. Kashmir and Palestine are often considered as two identities striving for their right to exist and gain freedom from oppression. Both are Musim-densed lands, but it is not necessary to be a Muslim to understand the spirit of their struggle, you just need to be a human to empathize with the oppressed. Both Indian and Israeli armed occupation of these regions dates to 1947-48, with a constant threat to security and peace.

The war between Israel and Palestine breeds from Britain’s heinous desertion of the Palestinians. The UK along with France incised a hefty part of the Arab world after the downfall of the Ottoman Empire, with little regard for demographics. The creation of Israel was an import of the European Jewish problem to the Middle East resulting in the homelessness of many Palestinians, with Israel fighting the neighbouring Arab states for its forceful existence.

As for India, control over Kashmir is more than just a matter of geo-political rivalry. The conflict began after the Britishers left, following the partition of India in 1947 and it remains one of the primary causes of territorial instability, intensified by three wars between India and Pakistan. India under Nehru was trying hard to stick to secularism against Pakistan’s identity and Kashmir’s annexation to India would have proved that. For secular India, it was a way to prove that a Muslim majority region could be a part of it, by negating Pakistan’s claim of a two-nation theory prior to independence.

Apart from their historical betrayal by the Britishers, the similarities between Netanyahu and Modi are extremely coercive. They both have used their powerful positions to manipulate and influence the media. Modi like Netanyahu has planted techniques of dispute amongst communities for his political benefits. They live on breaking the populace and dividing them on ethnic and religious basis, using the tactics to their political gains. However, the tactics are not always beneficial as the elections carried out in critical Indian states lately proved that facts are not always manipulated through power. After the recent ambiguous elections, the Israeli prime minister wanted to eliminate the dogma of corruption charges. He needed to destroy the probability of an alliance by the Israeli Arabs and Jewish parties that could go against him. The police assault on Muslim worshippers at Al Aqsa mosque and missile attacks on Gaza, resulted in a continuous violence that has wrecked any vision of reconciliation. The politically induced Arab-Jewish violence in Gaza is like the aggressive nationalism in India under Modi. The political ideology that Modi has promoted through Hindu extremism defies diversity and commends violence. Through these violent, ethnic, and religious tactics, Modi and Netanyahu have marked themselves as advocates of sectarian extremism by demeaning the helpless. In 2017, Mr Modi became the first Indian prime minister ever to visit Israel, “We have waited 70 years for you,” Netanyahu told Mr Modi in Tel Aviv. Netanyahu also made the first visit by an Israeli prime minister to India in fifteen years and planned to make another quick visit before Israeli elections. They both face the electorate’s verdict at about the same time and exert force against uprising charges. Victory cannot be guaranteed where a political demise is in store for the two. Mr Netanyahu is besieged by corruption accusations and Mr Modi by political and public unrest yet what unites them is their desire to stay in power through a brutal and violent manipulation.

These problems are not many centuries old as they rose in the British mandatory period but unfortunately, any effort to solve them often degenerates into Islamophobia, racism, and anti-Semitism. There is also a western support for Israel, which helps it in getting away with any kind of violence. Any analysis of Israeli state violations against Palestinians is wiped away by using the Anti-Semitic ticket. The forceful existence of modern-day Israel is justified in the west on moral grounds for the unfair persecution of Jews in history. And sadly, the ruling party of India perceives the idea that connecting their nature to the Jewish establishments will help them ride along the Israeli Foyer in the West.

The matter of Palestine and Kashmir was handed over to the UN by the Britishers after the colonial era, but the issues have still not been resolved, leading to the instability of western and southern Asia. Hundreds of thousands of people have died in these conflicts and millions have been injured. Palestinians and Kashmiris have every right to oppose and resist their foreign oppressors.

We, as Muslims know for a fact the effects of biased religious logos and do not believe in extending these unfair attributes to other sects. The Palestinian and Kashmiri crisis are aggressive ethno-political conflicts over land and demographics. The Palestinians and Kashmiris have a legitimate authenticity on their side with a hope for a normal life and dignity. For more than seventy years, the freedom fighters of the occupied lands of Kashmir and Palestine have been struggling for identity and sovereignty. Let us hope that by understanding the fact that this is not a constant religious war, we will be soon witnessing the end of these conflicts. Let us help our brothers and sisters in their fight against oppression and cruelty, through care, prayer, and cooperation.

(Wajeeha is a freelance columnist. She has authored “The Conscious Ego”, “The Beautiful Present”)