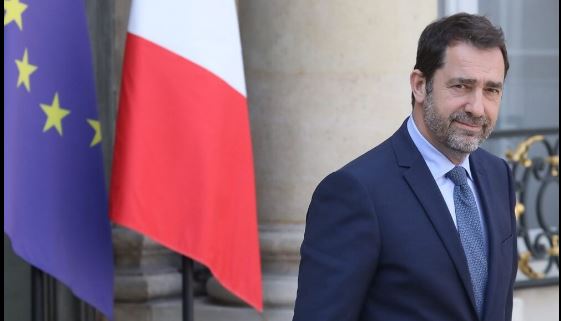 Paris, Dec 30 (DNA): France on Thursday said it would show “tolerance” for Britons hoping to transit the country to reach homes elsewhere in the European Union, after a surprise clampdown caused dismay for thousands of travellers.

Under tougher Covid rules that began to be applied this week, non-resident Britons can no longer drive through France — only those with a primary French residence will be allowed in.

Many Britons take the Channel Tunnel from England to France, using Eurotunnel’s Shuttle service, to take cars from the UK to their homes in other EU countries.

But over the holidays many returned to Britain to visit family and friends without knowing that France was planning the tougher rules on non-residents.

But with Britain no longer part of the EU, it is considered a “third country” whose citizens are subject to the same rules as those of other nations outside the bloc.

“Unless they hold French residency, British citizens are now considered third country citizens and can no longer transit France by road to reach their country of residence in the EU,” Eurotunnel said in a tweet late Wednesday.

P&O Ferries issued a similar tweet warning that “only those with French residency will be permitted to enter France”.

A French interior ministry official said it had not changed its list of “compelling” reasons enabling Britons to travel to France, but had clarified their application this month by border police.

“It seems logical to consider them like all other third-country citizens, and to not allow their transit toward another EU country,” the official told AFP, asking not to be identified by name.

All tourism and professional travel from Britain has been suspended since December 18 as France tries to slow the spread of the Omicron Covid variant.

On its travel advice website, the British government said France had indicated that Britons would not be allowed to transit France “unless they are travelling by air”.

But “during the year-end holidays” border police will show “tolerance” for Britons returning to the EU, France’s Interior Ministry said, acknowledging that the trips were taken “in good faith”.

The change, which France had not made explicit, caught scores of Britons off guard as they prepared to return from family visits over the holidays.

“I’m completely lost. It doesn’t make any sense,” Fiona Navin-Jones, a school teacher who was hoping to return to Belgium, where she has lived with her family for 14 years, told AFP.

They decided to risk their Eurotunnel trip anyway on Thursday, where they were told at the terminal that getting through would depend on the border official.

“I got through so I guess I was lucky!” she said.

Eurostar, the passenger train service which many Britons use to return to homes in Belgium and elsewhere, also warned users earlier this month about the French rule change.

But it was not clear if they were being systematically applied at the three Eurostar stations in England.

One Twitter user who was turned away at the last minute this week by French police as he tried to board the Eurotunnel shuttle posted that he was able to return to Brussels by train.

“The FR customs said they had been handed the paper in the last few hours that clarified the compelling reasons rule. They even seemed a little frustrated,” wrote Roland Moore, a public relations executive in Belgium.

Paris and London have been at loggerheads over a range of thorny subjects, including fishing and illegal immigration, since Britain’s official exit from the EU nearly two years ago.

That prompted several travellers to wonder if the new French policy was the latest skirmish between the two countries.

“Reason has prevailed — but I feel so sorry for families based in Belgium with residence but no passport,” Navin-Jones said.

“French rules still stink. You can quote me.”