Four killed in gun attack on car in Quetta 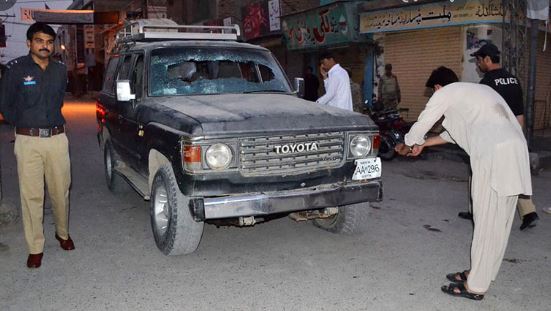 QUETTA, JAN 28 (DNA) — Four people have been killed in a gun attack on a car on Saryab Road of the Balochistan capital Quetta. Police said that unidentified assailants opened fire on a car on Quetta’s Saryab Road, leaving four people killed on the spot.

The firing incident was apparently occurred due to old enmity, police said. The police officials added that further investigation is underway to ascertain the motive behind the gun attack. The deceased persons include a father and his son.

The spokesperson of the operations’ wing had said in a statement that a journalist from a private news channel was killed in firing at his vehicle. A special team had been constituted to investigate the incident. =DNA