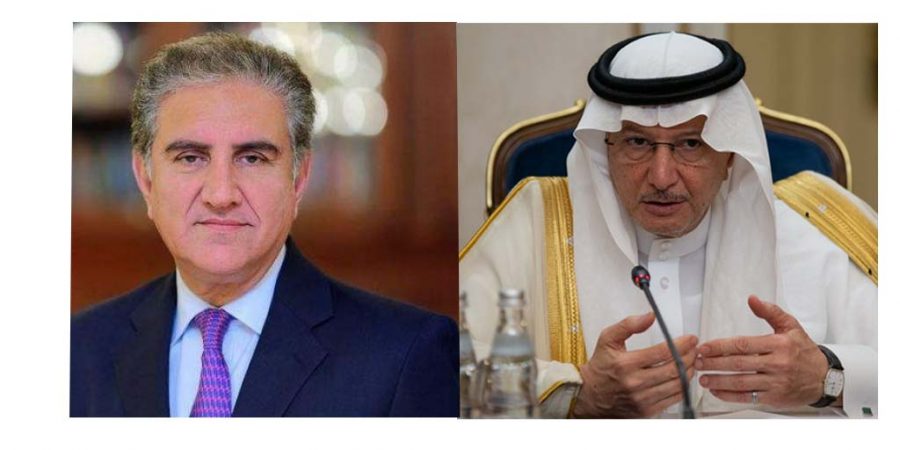 In his conversation, the Foreign Minister conveyed Pakistan’s deep concerns on the deteriorating human rights and humanitarian situation in IOJ&K, and India’s moves to alter the demographic structure of the occupied territory. The Foreign Minister highlighted the recent domicile law in IOJ&K, stressing that it was in clear violation of relevant UN and OIC resolutions and international law, including the 4th Geneva Convention.

The Foreign Minister deplored that in the garb of COVID-19 crisis, India was imposing even more stringent lockdown in the occupied territory and enhanced repression of the Kashmiri population through fake encounters, extrajudicial killings and other repressive measures. He stated that occupation forces were inflicting “collective punishment” to entire communities through actions such as torching houses of local residents or razing them to the ground.

The Secretary-General was informed that in order to divert the world’s attention from its unacceptable actions in IOJ&K, India may resort to “false flag” operation and undertake some other misadventure which could imperil regional peace and security.

Foreign Minister Qureshi appreciated the OIC’s consistent support on the Jammu & Kashmir dispute. He welcomed the statements issued by the OIC and its human rights body, IPHRC, rejecting the new domicile law and India’s other illegal actions in IOJ&K.

While briefing about his recent call with the UNSG and letter addressed to the President UNSC, the Foreign Minister urged the international community to demand from India to implement the relevant UN resolutions;  restore fundamental freedoms; repeal discriminatory laws; allow full and free access to the OIC, IPHRC and the UN to investigate the situation on the ground; and allow Kashmiris to exercise their inalienable right to self-determination.

The Foreign Minister also apprised the Secretary General of the rising wave of Islamophobia as well as demonization of Muslims in India in the context of Covid-19.

Secretary General Al-Othaimeen reiterated OIC’s steadfast support to Pakistan on the Jammu & Kashmir dispute and assured that the OIC would continue to follow-up on the issue.

Highlighting that COVID-19 posed a grave threat to the entire humanity, the Foreign Minister appreciated the Secretary General’s role in spearheading the OIC’s collective response to combat the pandemic while briefing him about the steps taken by Pakistan to contain the virus.

The Secretary General also expressed his deep condolences on the tragic crash of PIA 8303 flight and loss of precious lives. The Foreign Minister thanked for the condolences.