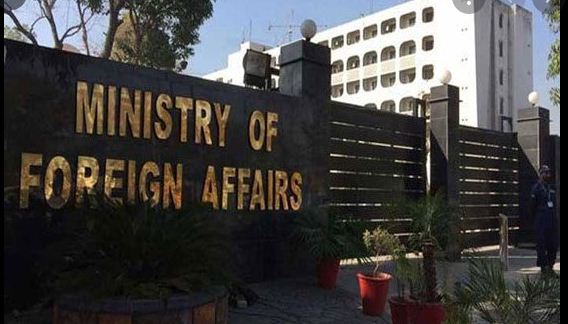 ISLAMABAD, JUN 28 (DNA) – The Foreign Office on Monday rejected the assertions of Afghanistan denying presence of Tehreek-e-Taliban Pakistan (TTP) and said that it was contrary to the facts on ground as various reports of the United Nations also corroborated the activities of over 5,000 TTP members in Afghanistan.

In response to the media queries over the remarks of the Press Office of the Afghan Ministry of Foreign Affairs regarding TTP’s activities in Afghanistan, the Foreign Office Spokesperson said the 12th Report of the UN Monitoring Team, issued in June 2021, acknowledged TTP’s “distinctive anti-Pakistan objectives” and noted its location within Afghanistan “near the border with Pakistan”.

Spokesperson Zahid Hafeez Chaudhri mentioned that over last many years, TTP had launched several gruesome terrorist attacks inside Pakistan using the Afghan soil without any retribution from its hosts.

He said TTP following its orchestrated reunification with its splinter groups with the help of ‘Hostile Intelligence Agencies’, its continued presence in Afghanistan with impunity and its cross-border attacks posed persistent threat to Pakistan’s security and stability.

He said Pakistan’s commitment to fighting terrorism in all its forms and manifestations, without any discrimination was unwavering and unambiguous. “Pakistan has continued to emphasize the need for meaningful engagement with Afghan side for addressing security and terrorism issues through effective use of Afghanistan-Pakistan Action Plan for Peace and Solidarity (APAPPS),” he said.

The FO Spokesperson said Pakistan had been making serious and sincere efforts for facilitating intra-Afghan peace process for an inclusive political settlement. “We hope that Afghans would seize this opportunity for achieving lasting peace and stability in Afghanistan,” he said. = DNA