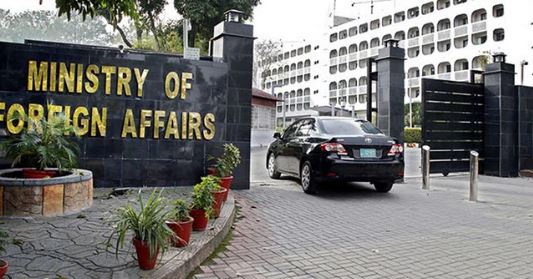 US ambassador yet to present his credentials

DNA
Responding to media queries, the Spokesperson stated that the credentials ceremonies for incoming Heads of Diplomatic Missions are held according to State and diplomatic protocols. Such ceremonies are scheduled in consultation with the relevant Missions and in conformity with existing diplomatic practices and procedures. The credentials ceremony for the next batch of Ambassadors/Heads of Missions will take place in the near future. We urge that while reporting on diplomatic matters due caution must be exercised and speculative reporting strictly avoided.It may be mentioned here  that some media groups have carried  news about delay in credentials ceremony for the new US ambassador.  The news suggested  as if the president of Pakistan did not want to receive the US ambassador.  DIPLOMTIC sources say it is up to the Ministry of Foreign  Affairs to decide  about such a ceremonies.