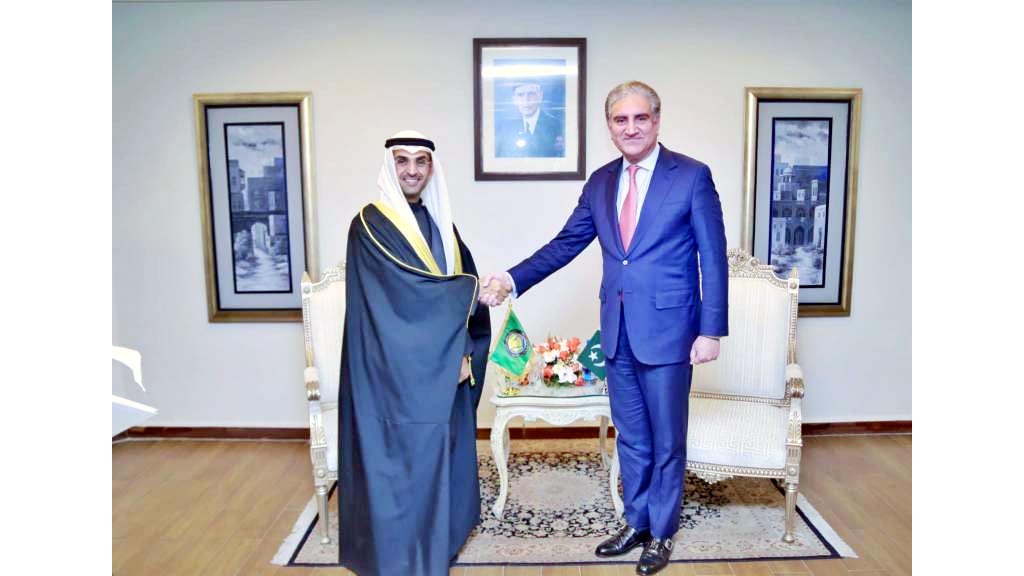 During delegation-level talks, the two sides reviewed Pakistan-GCC cooperation in diverse fields, and explored new avenues for an enhanced mutually-beneficial partnership. They also exchanged views on the regional developments, in particular the prevailing humanitarian situation in Afghanistan and the deteriorating human rights situation in the Indian Illegally Occupied Jammu and Kashmir.

In line with the MoU on Strategic Dialogue between Pakistan and the GCC, the two sides finalized the Joint Action Plan for Strategic Dialogue (2022-2026), which provides an institutional approach to deepen cooperation in various fields, including Political; Security; Trade and Investment; Agricultural and food security, Transportation; Energy; Environment; Health; Culture; and Education. Welcoming the finalization of the Joint Action Plan for Strategic Dialogue, Foreign Minister Qureshi and Secretary General Al-Hajraf underscored that the Action Plan would impart a strong impetus towards optimally realizing the tremendous potential for increased cooperation between Pakistan and the GCC states.

The Foreign Minister urged the world community to upscale its efforts to reach out to the Afghan people on an urgent basis to help address the humanitarian crisis and stabilize the economic situation.  This is the second visit of the GCC Secretary General to Pakistan in the last three weeks. He earlier visited Islamabad in December 2021 to attend the 17thExtraordinary Session of the OIC Council of Foreign Ministers (OIC-CFM) on the humanitarian situation in Afghanistan. The visit of the Secretary General has helped further strengthen the positive momentum in Pakistan-GCC relations, which would be instrumentalin deepening mutual cooperation across myriad fields.