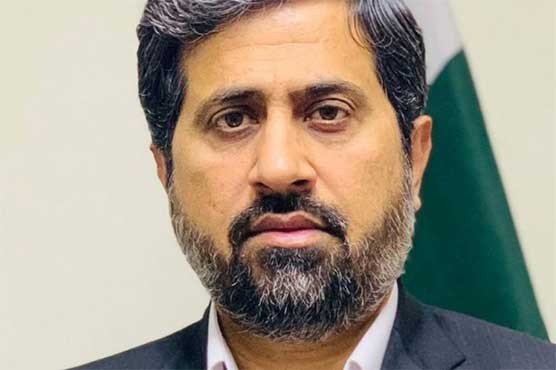 LAHORE, DEC 02   – After certain administrative alterations in Punjab amid much criticism from the opposition parties, provincial minister Fayyaz-ul-Hassan Chauhan has been reappointed as Punjab Minister for Information and Culture.
Mr Chauhan has been granted an additional charge of the information ministership beside the Provincial Minister for Colonies.

Mr Aslam Iqbal had excused himself for the additional charge of handling information ministry responsibilities.

On March 5, Mr Chohan had resigned from his ministry amid intense criticism over his derogatory remarks directed against the Hindu community.

The firebrand PTI leader’s resignation had come following reports that Prime Minister Imran Khan had himself taken notice of his remarks, although those reports were denied by the party.

Chohan, known for his tub-thumping manner of speech, was addressing an event in Lahore on February 24 when responding to India’s rhetoric in the aftermath of the Pulwama bombing, he conflated Indians with Hindus, and used disgraceful words for the religious community.

As a video clip of the derisive remarks went viral on the social media, Twitterati using the hashtag ‘#SackFayazChohan’ had asked the government to take action against Chohan and remove him from his post.

Prime Minister’s Special Assistant on Political Affairs Naeemul Haque in a tweet had said that the party would not “tolerate this nonsense”, adding that action would be taken against the minister after consultation with Punjab Chief Minister Usman Buzdar.

“The derogatory and insulting remarks against the Hindu community by Fayyaz Chohan the Punjab Info Minister demand strict action. PTI govt will not tolerate this nonsense from a senior member of the govt or from anyone. Action will be taken after consulting the Chief Minister,” Naeemul Haq wrote on Twitter.

Later, Punjab Chief Minister Sardar Usman Buzdar had summoned explanation from the provincial minister and stated that the government was being criticised following his remarks.

Chohan had also apologised for statement against the Hindu community and said his remarks were not meant to target the Hindu religion or community; he just had addressed the Indian Prime Minister Narendra Modi, its army and media.

“All minorities are part of Pakistan and have equal rights,” he said.

PTI leaders had also slammed Chohan for his comments and hinted at taking action against him.