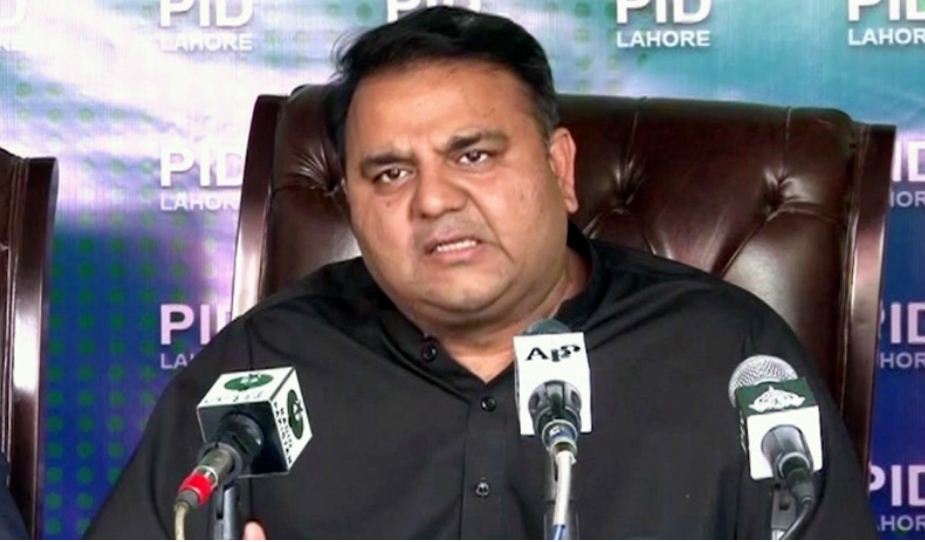 In a veiled criticism at the provincial government of Sindh and the PPP leadership, the minister tweeted that “one can imagine the level of corruption in the country given recovery of Rs33bn, which is around $200 million, by NAB.”

“This indicates how ruthlessly the rulers have looted Sindh and Pakistan,” he added.

This is not the first time that the federal minister has fired a broadside at the Sindh government for their alleged corruption. In his recent visit to Karachi, Chaudhry had accused the Sindh rulers and the top PPP leadership of misusing public funds to launder money abroad.

He had also advocated monitoring the use of public funds given by the federal government to Sindh through a “third party”. He claimed money belonging to the Sindh government was being retrieved from Dubai, Canada and Europe.

The fake accounts case first surfaced in 2015 when the Federal Investigation Agency (FIA), on the basis of a tip-off, had registered the case against former Pakistan Stock Exchange chairman Hussain Lawai, who was widely believed to be close to former president Zardari.

As the investigation lingered on, the Supreme Court in July 2018 took suo motu notice of the slow-paced probe of the case and directed the FIA to submit a detailed report on the matter.

Several bigwigs, including Asif Ali Zardari, his sister Faryal Talpur, Lawai and Omni Group’s Anwar Majeed had been nominated in the case. Besides, Sindh Chief Minister Murad Ali Shah and PPP Chairman Bilawal Bhutto-Zardari were also included in the probe.

A Joint Investigation Team (JIT) was subsequently formed in September 2018 on request of the FIA to probe the matter, which in its initial report to the Supreme Court stated that a close nexus had been found between a troika of the Zardari Group, Omni Group and Bahria Town. The JIT report revealed that initially at least 29 bank accounts identified as fake had been used for money laundering of Rs42 billion.

The two groups, the JIT had alleged in its report, amassed assets through misappropriation of loans, government funds, kickbacks and proceeds of crime.

The top court had subsequently ordered the Zardari Group, Omni Group, Bahria Town, Faryal Talpur and others, including contractors/builders, to file their comments on the JIT report.

In a 17-page-long written reply submitted in the SC, Zardari had said that “the JIT is being used as a means for political victimisation,” adding that to accuse someone without showing them the evidence is against Article 10A of the Constitution (right to a fair trial).

The court in January 2019 ordered transfer of the case to the NAB.

The hearings into the case continues as the former president denies his involvement in alleged money laundering through fake accounts.

Meanwhile, the accountability court had on June 15 summoned former president Asif Ali Zardari and his alleged frontman Mushtaq Ahmed in a case related to a suspicious transaction of Rs8.3 billion from Bahria Town’s account.

According to the NAB reference, Mr Zardari built his palatial house in Clifton with ill-gotten money as he could not provide proof of his claim that he had purchased the house through legal means. The reference said Mushtaq had allegedly provided Rs150 million for the construction. NAB said an illegal transaction of Rs8.3bn was carried out through a bank account of Mushtaq, who worked as a government employee in the President House from 2009 to 2013, and the money was paid to Bahria Town.

Another suspect in the case, Zain Malik, son-in-law of Bahria Town owner Malik Riaz, has already signed a plea bargain deal with NAB and deposited around Rs9bn in the national exchequer.