Failure to engage with Taliban could push group back 20 years: PM Imran 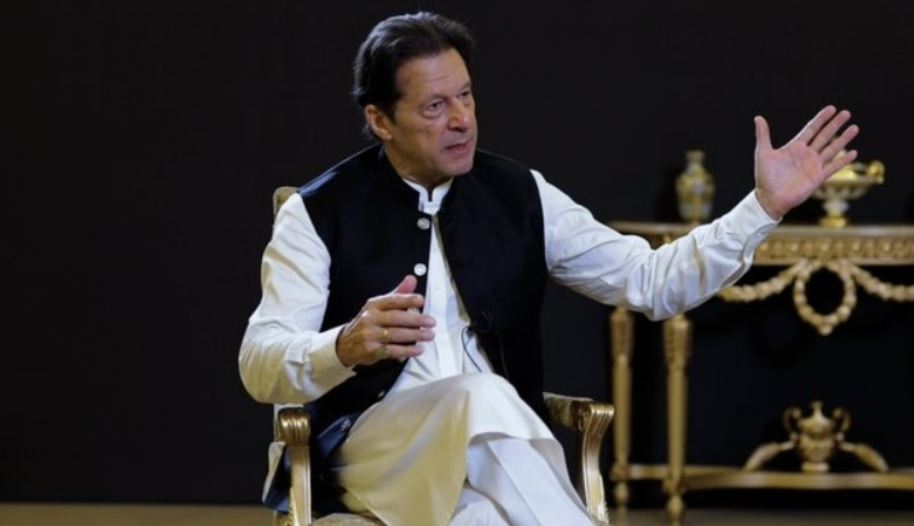 ISLAMABAD, OCT 11: Prime Minister Imran Khan on Monday once again stressed the need for the international community to engage with the Taliban and said that a failure to do so could push the group back 20 years.

In an interview with the Middle East Eye, the premier discussed a wide range of topics including the current situation in Afghanistan, relations with the United States, Indian actions in occupied Kashmir and allegations against China regarding the treatment of Uighurs.

Stressing the need for the international community to engage with the Taliban government in Afghanistan, PM Imran said that 20 years of civil war had devastated the country.

He said that after so many years, members of the Taliban who had given sacrifices would want to be rewarded by being placed in the government’s hierarchy.

“Yet, the government is clearly trying to get international acceptability so it wants an inclusive government, talks about human rights and not allowing its soil to be used for terrorism by anyone,” he said, adding that it was a critical point for the war-torn country.

“The world must engage with Afghanistan,” he said as he warned of the consequences of not doing so. “There must be hardliners within the group [and] it can easily go back to the Taliban of 20 years ago. And that would be a disaster.”

He said that if Afghanistan would once again descend into chaos, it would become a fertile ground for terrorists like ISIS, which is a worry for all countries in the region.

“It would be a total waste, what will the US have to show after 20 years? Therefore, a stable Afghanistan government which can then take on ISIS, and the Taliban are the best bet to take on ISIS, that is the only option left.”

He said that isolating and imposing sanctions on Afghanistan would result in a massive humanitarian crisis.

“If they are left like this, my worry is that [Afghanistan] could revert back to 1989 when the Soviets and Americans left,” he said, adding that over 200,000 Afghans died in that chaos.

PM Imran added that the US had to “pull itself together” from the shock it had suffered after the withdrawal of forces from Afghanistan.

“I don’t think they have found their feet as yet,” he said, adding that Pakistan would also suffer as a result of chaos in Afghanistan.

When asked about Pakistan’s point of view after the Taliban takeover, the prime minister said: “We have been so relived because we expected a bloodbath […] it was peaceful transfer of power”.

The premier said there were a number of reasons for the lack of resistance from the Afghan army such, including the corruption of the former government.

Pressed on the lack of inclusiveness in the new government setup, the prime minister acknowledged that it was not present “right now” but hoped it would be in the future, adding that it was needed because Afghanistan was a diverse society.

Similarly, on the issue of women rights, he said the Taliban should be incentivised to “walk the talk” —pointing out that the group had said it would allow women to work and get educated.