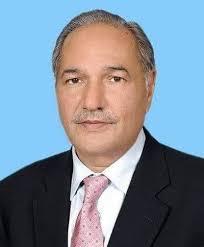 He was reportedly suffering from Alzheimer’s disease and admitted to Lahore’s Shalimar Hospital. He had also undergone surgery in the United States (US) sometime ago. His funeral will be held at T Block mosque in DHA today at around 1:30pm.

Zardari said Mukhtar was a brave and loyal comrade, paying tribute to him over his services to the party. Bilawal said the deceased leader was an experienced politician as well as an asset to the party.

Mukhtar served as defence minister in the then PM Yousaf Raza Gillani’s cabinet. He had also served as federal minister for water and power and trade. He hails from Gujrat.