EU warns of security risks linked to migration from Afghanistan 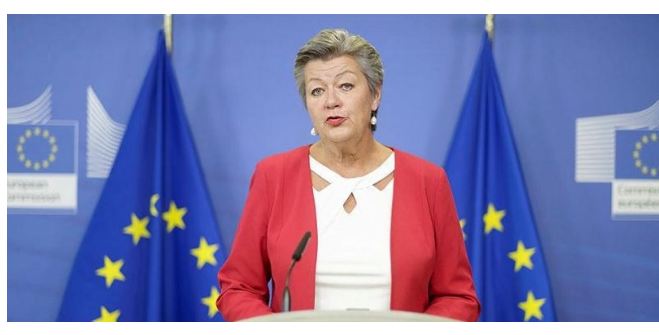 Europe must take the security threats that might arise from migration out of Afghanistan more seriously, EU Home Affairs Commissioner Ylva Johansson warned on Friday.

“On the terrorist threat from Afghanistan, I must say that my assessment is that the alert level is not high enough. We really need to do more,” she told reporters after a meeting with her EU counterparts in Luxembourg.

The Taliban‘s takeover of Afghanistan in August brought fears in Europe of a replay of 2015, when nearly 1 million asylum-seekers, mostly Syrians, Iraqis and Afghans, fled to Europe by crossing from Turkey to Greece.

At the moment, the EU does not see big movements of Afghans towards its borders and the world has a moral responsibility to protect Afghans at risk, Johansson said.

Nevertheless, she urged member states to properly screen and register all people arriving from Afghanistan.

“This is really important for security. And I must say that I am pretty concerned about the huge risk of Al Qaeda being able to recover again in Afghanistan,” the Commissioner said.

She cited a number of reasons that might cause Afghans to flee their home country.

“The situation in Afghanistan is really dire, there is a huge risk of economic collapse, there is huge risk of famine and humanitarian catastrophe,” Johansson said, adding that even before the takeover of the Taliban, millions of Afghan refugees had been living in Pakistan, Iran and Turkey.

Half a million people have been displaced within Afghanistan in recent months, according to the United Nations, a number which will grow if health services, schools and the economy break down.