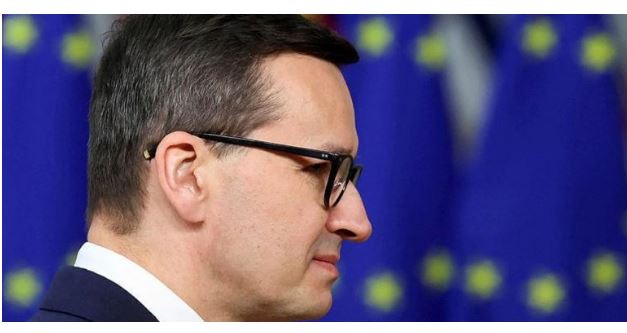 The European Commission launched an infringement procedure against Poland on Wednesday over rulings by the country’s constitutional tribunal in July and October that challenged the primacy of EU law over national law.

“The Commission considers that these rulings of the Constitutional Tribunal are in breach of the general principles of autonomy, primacy, effectiveness and uniform application of Union law and the binding effect of rulings of the Court of Justice of the European Union,” the Commission said.

The legal action by the Commission, which is the guardian of EU treaties, is an escalation of the conflict with Warsaw over the rule of law that began when Poland’s ruling nationalist and euro-sceptic PiS party took power in 2015.

The clash has delayed the release of billions of euros from EU recovery funds to Poland because the Commission says Poland’s courts are not independent from political influence meaning the funds are not protected from misuse.

In a statement, the Commission said it was also launching the infringement steps because the Polish constitutional tribunal’s rulings deprived individuals seeking action through the Polish courts of the right to effective judicial protection set out in EU treaties.

“Finally, the Commission has serious doubts on the independence and impartiality of the Constitutional Tribunal and considers that it no longer meets the requirements of a tribunal previously established by law,” the Commission said.

Polish Prime Minister Mateusz Morawiecki said he did not agree with the European Commission’s position and that it had misinterpreted the powers that had been conferred on it.

“I think that more and more European Union member states are seeing that there must be a limit to (the EU’s) competences,” he said.

Poland has two months to reply to the letter of formal notice sent on Wednesday. If the Commission is not satisfied with Warsaw’s reply, it can send Poland a reasoned opinion requesting it to comply with EU law, again with a two-month reply period.

After that, the Commission can sue Poland in the European Court of Justice, which can impose daily fines on Warsaw until it complies. It has already imposed such daily fines on Poland in two other cases, which now add up to 1.5 million euros.