Efforts on to woo Balouch insurgents 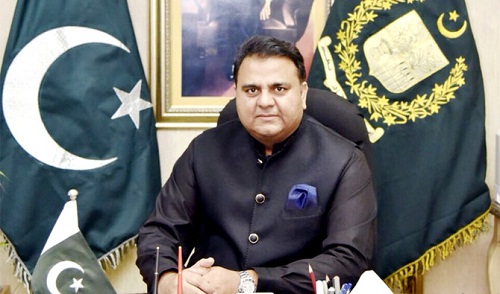 ISLAMABAD:  Federal Information Minister has said efforts to woo disgruntled Balochs are on. Baluchistan is of vital importance for CPEC and peace in the province will be restored soon, Fawad Ch. said while briefing the media about the federal cabinet meeting.

Lahore blast suspect has been arrested, he said, adding that the arrest of Indian RAW man Kulbhushan Jadhav exposed its network in Pakistan and Islamabad will raise issue at all the international forums.

He said that Prime Minister Imran Khan had again invited the opposition leadership to cooperate with the government in introducing election reforms to bring about transparency in the election process and to end the rigging charges once for all. Unfortunately opposition was so far not ready to join the government in its endeavors to ensure non-controversial elections, he added.

Regarding Opposition’s apprehensions about upcoming Azad Jammu and Kashmir elections, he said it was building a narrative of rigging in AJK elections without any cogent reason. He pointed out that only eight candidates were currently contesting AJK elections on PPP ticket and almost same was the position of PML-N, which had roughly 12 to 14 candidates and both parties were destined to lose the elections.

The minister said the cabinet was briefed about e-voting and the system will be ready after July 15 as the government wanted to provide oversees Pakistanis with right to vote in accordance with its electoral reforms plan and Babar Awan updated the cabinet in detail about the measures for the purpose.

Fawad said a total of 3,444 tasks has been finished while 123 remained unfinished. About tourism and other uplift projects, he said the Gilgit airport is not an all-weather airport but the government is working on the project of establishing all-weather airports.

The civil aviation association has been made a regulatory body, the minister said and shared with the media about a suggestion of giving remuneration to mosque imams in the federal capital.

He also shared with the media his party economic feats and anti-coronavirus combat. Moreover, he said Prime Minister Imran Khan has clear instruction about protocol and warned the government will be taking action against violators.