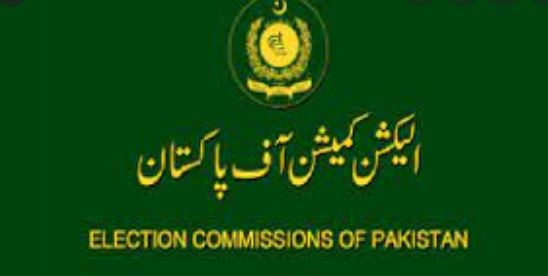 Petitioner Akbar S Babar, PTI leaders Asad Umar and Amir Kiyani and the party’s lawyer Shah Khawar appeared before the commission.  The scrutiny committee submitted its report to the commission.

Petitioner Akbar S Babar’s lawyer Hassan requested the commission to provide them the report of the scrutiny committee when it would become a record of the commission. He insisted to see the report and the ancillary material.

However, PTI lawyer Shah Khawar contested saying the report was only for the concerned parties. He requested the commission to not make the report public unless they would see it and make their comments.

He said let the scrutiny of the accounts of other parties be completed as their reports were in the final stages. Then the commission should make public reports of all political parties together, he suggested.

One of the members of the commission remarked that it was not an in-camera hearing. The chief election commissioner wondered how the reports of all parties could be combined. The CEC ordered to provide copies of the report to all parties.  The commission adjourned the hearing of the case till Jan 18.

While talking to media after the ECP hearing, petitioner Akbar S Babar said that the foreign funding case was the case of Pakistan’s survival. He alleged that the PTI concealed details of 28 bank accounts and revealed only 6 international bank accounts. He claimed that the party did not present the record of even a single bank account. He wondered if the scrutiny committee failed after 29 months, was it logical to let it work!

On the other hand, talking to media outside the ECP building, Minister for Planning, Development and Special Initiatives Asad Umar on Tuesday said Pakistan Tehreek-e-Insaaf (PTI) had the most transparent process of receiving funds as each and every thing was recorded and documented.

“We have cooperated with the election commission. A committee has also been formed to scrutinize the accounts of Pakistan People’s Party and Pakistan Muslim League (Nawaz),” he added.

The minister said scrutinizing bank accounts related to foreign funding of political parties was a historical work of ECP. However, he stressed that the commission must do its work in the most transparent and impartial way.

“If ECP accomplishes its work transparently and impartially, it would have a very positive impact on the Pakistan politics.” He said scrutiny committees for bank accounts of Pakistan Peoples Party (PPP) and Pakistan Muslim League-(Nawaz) (PML-N) had also been formed, and the ECP should also review the reports of PPP and PML-N’ bank accounts.

As per information, Asad Umar said there were a large number of secret accounts of the PPP and PML-N in addition to other accounts named after fake persons like what he said, “Falooda Wala’s or Rairhi Walas”.

He said in past, the political leaders of these parties had leveled allegations against each other. He remembered PPP leader Benzair Bhutto Shaheed when she alleged that Nawaz Sharif had received party funding from banned organization.

Asad Umar was of the view that all the three scrutiny committees’ reports should be presented simultaneously. “When the reports will be presented, the nation would see that PTI is the only party that is following the most transparent manner of collecting funds”, he remarked.

On the other hand, he said, the foreign funding case had exposed the Pakistan Tehreek-i-Insaf’s (PTI) much talked-about ‘transparency’.

He further said that Prime Minister Imran Khan employed delaying tactics so that the case could be prolonged and the truth could be prevented from coming out. “Imran Khan Niazi has looted people by disguising himself as an ‘honest’ person. He patronized the sugar, flour, furnace oil, stock market and foreign currency mafias,” he alleged.

Ahsan went on to add that if the PTI was so sure that there was nothing wrong with the funds the party had received, then why it was requesting the election commission not to make the scrutiny committee’s report public.

The PML-N leader was of the view that the ruling party had committed the ‘fraud’ which had no parallel in the country’s entire history. “The request filed by the PTI against the PML-N in the ECP, seeking declaration of the latter’s bank accounts, is akin to those ‘cross FIRs’ which are normally registered in our villages by murderers against the deceased’s families in order to hush up their crime,” he commented.

He claimed that the PTI had not provided a single proof to the election commission so far to substantiate its claim that the PML-N had some secret accounts or the party had received funds from ‘suspicious’ elements. =DNA