E-Kachehri For Facilitation Of Pakistani Community in Austria and Slovakia 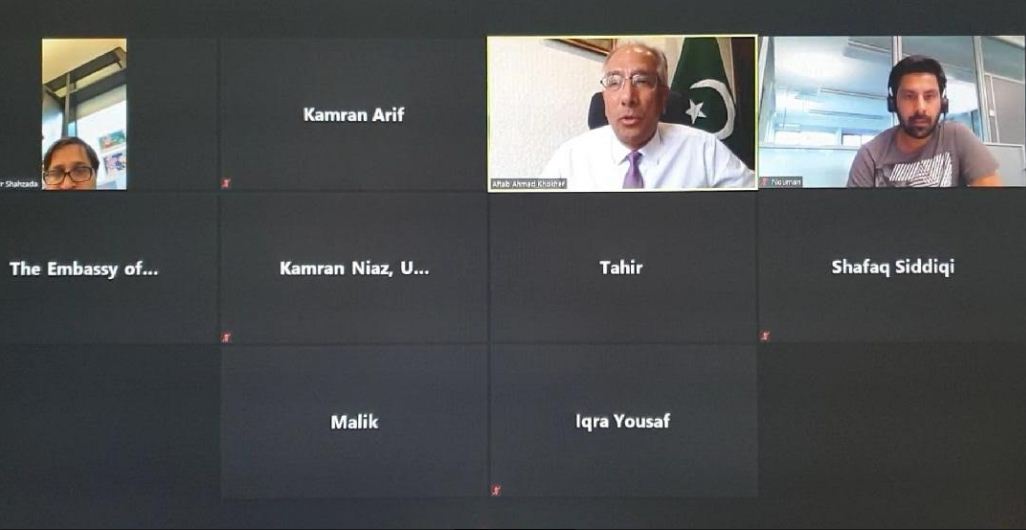 Ambassador Aftab Ahmad Khokher, in his opening remarks, informed the participants about plan of the Embassy to organize Independence Day celebrations on 14 August 2021 and solicited their views in this regard. He also talked about announcement of relaxation in COVID-19 related measures by the Austrian government. He responded to some of the issues raised in the last meeting with the community.

The community members expressed their appreciation for the initiative of E-Kachehri of the Embassy for their facilitation. They shared their problems for some consular matters like delay in attestation of documents from the Embassy of Austria in Islamabad which were addressed by Ambassador Khokher. He assured that he would continue his engagement with the community for addressing their issues and encouraged them to actively participate in E-Kachehri.