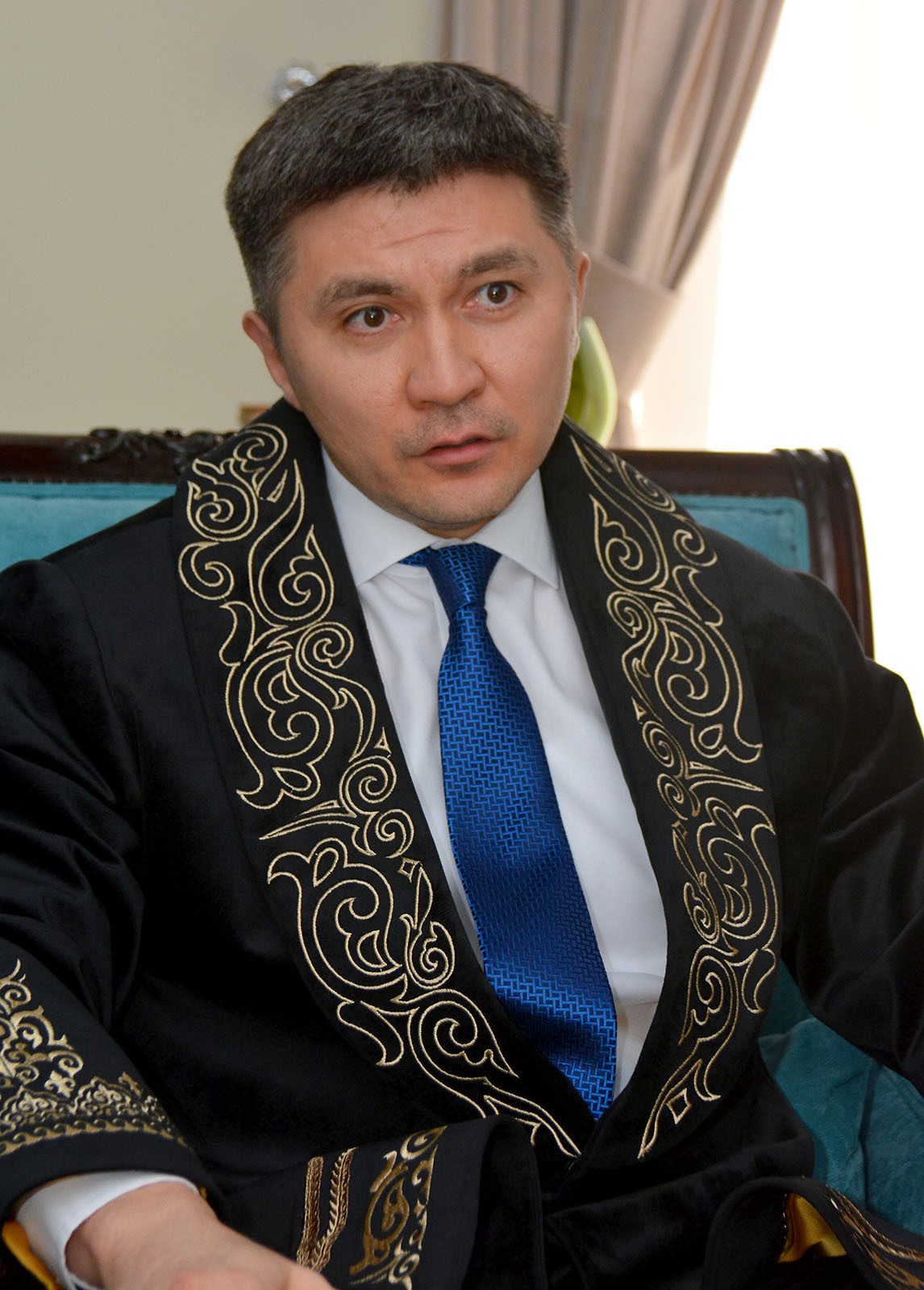 On the occasion of presenting my credentials to the President of Pakistan Dr Arif Alvi, the President said that we should develop and strengthen economic cooperation between the two countries. I fully agreed with what the President of Pakistan said because Kazakhstan can serve for Pakistan as a golden gate in terms of providing access to markets of Central Asia, Euro Asia and Europe. When we talk about bilateral relations it is not only about considering each other as a final point of destination rather we can serve as regional hubs so as to reach out to other countries. We have to create a friendly environment at B2B level. Due to non-availability of direct flights communication between the two countries may be a hurdle therefore my special focus is on resumption of direct flights between the two countries. As you know, we used to have direct flights in the 90s. Towards this end, I have held a few meetings with the officials of Pakistan International Airlines and positive gestures expressed by the officials makes us optimistic that the goal of resumption of direct flights shall be achieved soon. The start of cargo flights is also under consideration and as a matter of fact we wish to start both commercial as well cargo flights ideally simultaneously.

Likewise, resumption and reactivation of Pakistan-Kazakhstan Business Council is yet another area I am working on because I strongly believe such bodies can surely play an important role in further strengthening the bilateral ties. Meetings of working groups can also be helpful in materialising dream of enhanced bilateral relations therefore I am trying to hold such meetings by the end of this year positively in order to give further impetus to our B2B engagement.

There is no denying the fact that people-to-people contacts are yet another potential source of building bilateral relations on solid footings. There are a number of similarities between Kazakhstan and Pakistan in the fields of history, culture and religion. It therefore provides us with an apt excuse of building strong people-to-people connections. To achieve this goal, we need to establish links among our youths; intellectuals and our academic institutions. In this regard our first and foremost priority is to establish links among various academic institutions and I am pleased to share with you that just few days ago we had an online session between the Quaid-e-Azam University and Kazakh Technical University. We are planning to organise a big conference dedicated to cooperation among the Pakistani and Kazakh universities in the fields of science and technology. There is a great potential and political will on both sides therefore it is time to start a new chapter in the history of our bilateral relations.

The Karakorum Highway is yet another route of transportation that connects four countries namely Kazakhstan, Pakistan, China and Kyrgyzstan. The highway needs some maintenance work before it is used for goods transportation and I hope it shall be done with our collective efforts but meanwhile yes Afghanistan can be the shortest and appropriate transit route for goods transportation, provided the country is stabilised and peace return to Afghanistan.  Our President has stressed that Kazakhstan was ready to hold a constructive dialogue with Afghanistan but first Taliban should demonstrate by their deeds that they have changed their domestic as well international policies.

When we talk about nuclear non-proliferation, we should go back to the history. Indeed, from the very beginning of its independence Kazakhstan renounced to own the nukes it inherited from the Soviet Union and declared itself a strong and ardent advocate of the Nuclear-Arms-Free-World. The Soviet Union leadership decided to construct a nuclear site on Kazakh soil in 1947 and in 1949 the very first nuclear explosion took place in Kazakhstan. The nuclear site in Kazakhstan remained in operation for 40 years and during this period over 456 nuclear tests were conducted, which was indeed a tragedy for the people of Kazakhstan who suffered a lot due to these explosions. According to an estimate over one million people badly suffered due to the nuclear tests. It was in this background that our leadership in 1991 decided to stop all kinds of tests besides abandoning the nuclear site.

Kazakhstan was one of the sponsors of the UN GA Resolution, which in in 2009 declared 29th of August the International Day against Nuclear Tests. Moreover, in 2015 Kazakhstan initiated the 70th session of the UN GA to adopt the Universal Declaration on the Achievement of a Nuclear-Weapon-Free World, while the then President of Kazakhstan Nursultan Nazarbayev appealed to the world community to build by the 100 Anniversary of the UN in 2025 to get totally rid of nuclear arms. We strongly believe that this ambitious goal is achievable, given the strong political will of countries concerned.

When it comes to relationship of Kazakhstan with the outside world, nothing has changed so far from the President Tokayev’s ascension to power, as he is strictly following the multi-factor foreign policy, architected by the First President of Kazakhstan and Leader of the Nation Nursultan Nazarbayev. This policy proved to be quite effective and corresponding the most with Kazakhstan’s vital foreign policy interests.

Our first President always emphasised the need to give priority to economy over politics because he believed that economic stability would automatically bring political stability as well. Our current leadership is also following this principle and has introduced a number to economic reforms. This is why President Tokayev is more concentrated on developing domestic political and economic reforms, which means existence of strong link between the society and state authorities. This is to say that state authorities must be responsive and sensitive to any societal demands within the concept of the so-called “Hearing State”, which the President Tokayev wants Kazakhstan to be.

When it comes to ease of doing business, Kazakhstan ranks 25th in the world out of 180 countries, which is a clear manifestation of business friendly policies of the government and the vision with which President Tokoyev has been leading the country. The President strongly believes in political modernization. Kazakhstan is an ardent advocate of its gradual political modernization, which is about extension of the area of political liberalization in our society with the utmost goal of making citizens fully responsible for the country and its future.

Our president has made it clear that there is no economic development without the political modernisation and he is trying to undertake a number of measures in this regard. Establishment of national council on public trust is one such step. The main goal of these institutions would be to establish a direct communication between the government and civil society. He has invited prominent figures from all walks of life including NGOs, civil society, and human rights activists to be part of this institution.

Likewise, Kazakhstan has introduced a number of amendments in its laws whereby the threshold for establishing political parties has been reduced to 4 percent from 7 per cent which means more and more parties can become part of the parliament. If a political party wants to have representation in the parliament it has to allocate 30 per cent quota for women and young people. These measures would ostensibly change the political culture of Kazakhstan in favour of especially the youth and women. Moreover, previously, anybody wishing to take out a rally was required to seek prior approval from the authorities but the incumbent govt has done away with this obligation and now anybody can do it after informing the local authorities.