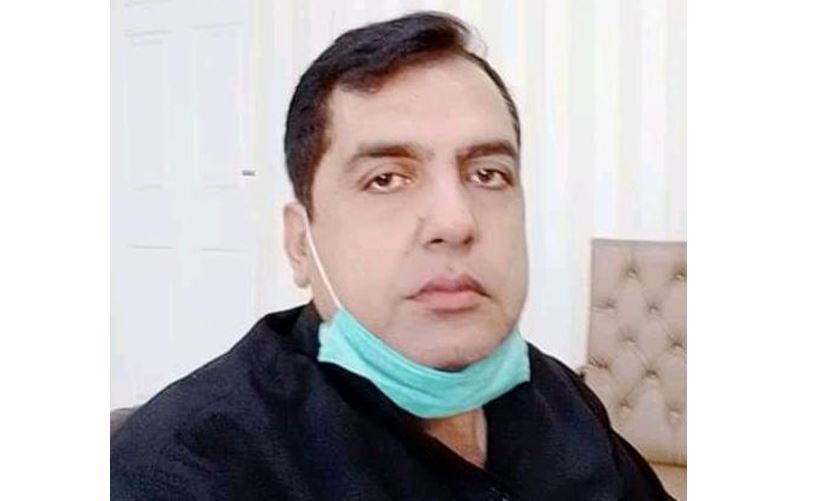 The world is currently in the grip of climate change and Pakistan is one of the countries’ most affected by it. In this situation, after the Prime Minister Imran Khan’s Billion Trees Tsunami Project, the Ten Billion Trees Tsunami Project has created hope for the Pakistani nation to improve the environment where TBTTP; is greatly appreciated around the world. Wherever such a big project starts, good work is done, sometimes incompetence comes to the fore and sometimes irregularities continue. In such cases, the responsibility of the media has to be pointed out in the case of criticism.

It is the responsibility of the government to take action in accordance with the law by inquiring into the identification of the media. I write various articles and appreciated the good work written on TBTTP; and criticized where necessary. My biggest criticism was on the rampant plantation of eucalyptus in Punjab and Khyber Pakhtunkhwa. In a meeting, National Project Director Hassan Ali Sukhera said that Secretary Forest Punjab Shahid Zaman has stopped planting of eucalyptus in excess of the prescribed limit and; TBTTP; is doing a good job. When I met him in Lahore, he said that I have stopped the planting of eucalyptus in excess of the prescribed limit through a letter. After meeting him, I visited Multan, Chichawatni, Sahiwal, Bahawalpur, Lal Sohanra, Dera Ghazi Khan and Rajanpur in South Punjab where I saw that the eucalyptus land was really affected by the bean sprouts. Plantation was done in bitter or sandy areas. The growth of plants planted in South Punjab was very good and lush. Another important thing is that everyone from Chief Conservator Waiter Forest South Zone Athar Shah Kahga to Forester were very happy with the good behavior of Secretary Forest.

Forest employees said that whenever Mr. Trey visits, he appreciates our hard work and is happy to give cash rewards. For the first time, Secretary Forest Punjab Shahid Zaman is cleaning the skin of water so that water is not wasted and all the water is used for forests. Work is also being done to create a force to protect the forest, which is commendable. There is a lot of area for plantation in Balochistan but plantation is not easy here. The biggest issue is water. However, Balochistan Forest Department; TBTTP; is working better. When I was in Balochistan; I was going to Quetta to write on TBTTP’s plantation. I saw much better plantations and nurseries than I had expected. I was most happy to see Secretary Forest Balochistan Dostin Khan Jamaldini showing great interest in the forest. When Dostin Khan Jamaldini visited the forest, his last visit was to the mangrove plantation. When he went to sea and got off the boat and went to the field, he had to take off his shoes but when there is water, they sink and have to walk very carefully.

A visit to a mangrove field by a high-ranking bureaucrat like this shows his keen interest in the forest. Then when I went to see the mangroves in the sea from Dam Jetty from Vendor to see the plantations and nurseries in Khuzdar, Lasbela, Athal, the whole day was spent on this visit to the mangroves and I did not feel the slightest bit tired because the mangroves I was getting to see such a beautiful plantation of mangrove forest spread over thousands of acres. Project director; TBTTP; Balochistan Syed Ali Imran and Conservator Omar Farooq Khan in Kakar office; the briefing on TBTTP’s work in the field was even better. DFO Maqbool is second to none in the beautiful mangrove plantation as well as in the other plantations. The mention of the Ten Billion Trees Tsunami Project is incomplete without the plantation of Azad Jammu and Kashmir. Even today Azad Jammu and Kashmir; TBTTP; is best known for its beautiful and beautiful plantations. I; TBTTP; has written numerous columns in various newspapers and several times across Pakistan; I also had the opportunity to visit TBTTP’s plantation sites. Wherever he went, someone asked for a visit schedule, someone justified the season and asked to take the visit to another date. I always paid a surprise visit to AJK which he never objected to but went for an immediate visit.

If I asked them to go to five sites, they would show me more than ten sites. Most of the time I used to get tired of seeing the sites but I never got tired of showing the plantation sites of JK Forest Department because they have confidence in their work. Azad Jammu and Kashmir Forest Department; The reason for TBTTP’s excellent performance is simple: their Secretary Trey, Chief Conservator Principal, Chief Conservator Development, Conservators, DIFs, Range Officers and Foresters all spend less time in offices and more time in the field. ۔ Chief Conservator Principal Sardar Naseer and Chief Conservator of Development Gul Hassan Shah both do not believe the reports but visit one plantation site each. When I was in Kotli; TBTTP’s Plantation Visit was also attended by DFO Renewal Tree Planter Mohammad Farooq and Mohammad Ashraf Parwana DF Water Shed. Rainfall in and around Kotli has been declining for two years and their timing has also changed.

The absence of rains from 31st August to 6th January was very detrimental to the plantation, yet it did not cause as much damage as was feared. There were beautiful plantations and clean nurseries. No forest officer has control over the weather, but plantations here depend on rainfall. Watch the beautiful nurseries and plantations from morning till night. Small and big nurseries are found with Conservator Muhammad Rafiq DFO Latif Khan, DF and Mohammad Shad in Bagh and Rawlakot. He also visited DFO Imtiaz in Jhelum Valley Forest Division, Imran in Mirpur and Bhimber and saw all the plantations and nurseries very well. With the exception of Kotli, the demise of community nurseries in the entire South Zone is a sign of concern. In Azad Jammu and Kashmir; TBTTP’s ideal performance is not being digested by some circles.

I am also often told that if you do not see any shortcomings, errors or irregularities in the Kashmir Forest Department then this is my answer to these friends. Whenever I see any irregularity, I will write first. At the moment, if we look at the Ten Billion Trees Tsunami Project, in addition to the shortfall of funds; TBTTP; moving towards improvement. This improvement includes the hard work of National Project Director Hassan Ali Sukhera. Where we criticize when there is a shortcoming, it is also obligatory to appreciate when something is good. I will write about Sindh, Khyber Pakhtunkhwa and Gilgit-Baltistan very soon.