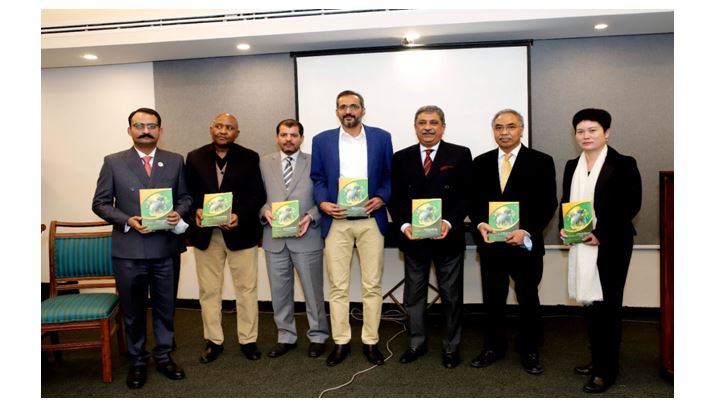 ISLAMABAD: The 10th Joint Coordination Committee has emphasized the commitment for industrial partnerships and connectivity in the areas of renewable energy, transport, social development, highways and 4th industrial revolution, said Mr. Zahid Latif Chairman Asian Institute of Eco-civilization Research and Development, while speaking at seminar on CPEC: Hub of Connectivity and Economic Opportunities.

He further shared how China grew from 6th largest economy at the time of joining World Trade Organization (WTO) to the 2nd biggest economy, from $ 1.3 tr in 2001 to $15.6 tr in 2021. Zahid Latif Chairman Asian Institute of Eco-civilization Research and Development also briefed the audience about the objective of the seminar. He said the major objective is to highlight Pakistan’s commitment for regional connectivity, enhanced bilateral and economic partnership with China and utilization of CPEC’s potential for extensive trade between ASEAN countries, Africa, EU and China.

He concluded by coining the idea of introducing a diplomatic corner for stakeholders, diplomats, business community and governments’ representatives where CPEC and political related news and opportunities could be circulated and tapped. He assured audience that “Diplomatic Corner” by AIERD will serve as knowledge hub for diplomatic community in Pakistan.

While speaking at the occasion Shakeel Ahmed Ramay shared the vision and mission of CPEC and the strategies to explore and utilize the potential of the initiative. He shared how it will greatly benefit in terms of reducing costs, reducing the time of transportation and increasing the speed of traveling.

In one of his remarks, he stated that according to the statistics of 2016, if China utilizes CPEC rote for trade with 6 countries from European Union and Middle East, China can potentially benefit equivalent to $71 billion in terms of savings from transportation cost. He also shared how great potential resides in CPEC for Turkey, Saudi Arabia, Africa, ASEAN Nations and China itself within the sidelines of CPEC ventures.

Mr. Shakeel Ahmed Ramay also pointed out a few important questions that require attention of the policy makers, relevant to law-making, already in-action bilateral agreements and forums. His insights shed intuitive light on how the existing forums can collaborate and benefit by collaborating with the CPEC’s vision.