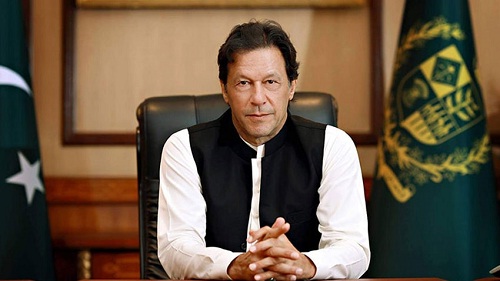 Islamabad : Prime Minister Imran Khan says the Covid-19 lockdowns have adversely affected the commodity prices in most of the countries in the world.

In a tweet on Sunday, he said the unprecedented rise in commodity prices internationally have affected most of the countries, Pakistan, however, has fared relatively much better in this situation.

Prime Minister also shared a video link showing an analyst drawing the conclusion from data that Pakistan’s economy is developing and the country is preforming and progressing well in current scenario as compared with the other regional countries.

Quoting statistics of Food and Agriculture, Muzammil Aslam said prices of edible items increased by 3.9 percent from September to October this year, world serial index grew by 3.2 percent, and dairy products  by 2.6 percent during the same period, while edible oil prices surged by 9.6 percent last month.

Dilating upon positive economic indicators, Muzammil Aslam said Pakistan’s exports increased by 17.5last month, while they rose by 25 percent in last four months. He expressed the hoped that the export target of 30 billion dollars will be achieved this year. He said textile exports have touched the mark of six billion dollars in last quarter. He said tax collection grew by 37 percent, cotton production increased by 81 percent, while non-oil imports decreased by 12.5 percent.

Muzammil Aslam expressed the confidence that the economy will further improve in coming days.