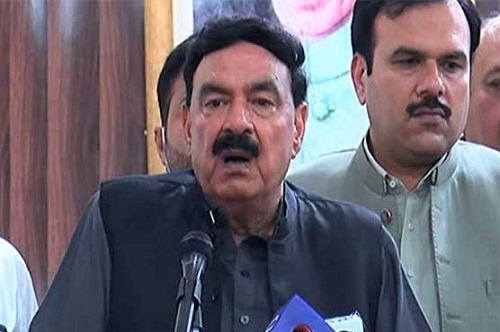 Islamabad : Interior Minister Shaikh Rashid Ahmad has said they have no objection to the protests of opposition parties, if they remain within the ambit of law.

Talking to the media persons in Rawalpindi on Wednesday, he however said the opposition should not pursue the course of creating anarchy in the country.

The Interior Minister said Prime Minister Imran Khan is personally monitoring the situation regarding inflation. He said the Prime Minister will complete his mandated tenure.

To a question, he said the country’s armed forces are fully prepared to defend the homeland. He said Pakistan Navy once again tracked and blocked the Indian submarine from entering Pakistan’s waters.

Earlier addressing an event, the Interior Minister expressed the commitment to take steps towards bringing improvement in the hospitals of Rawalpindi.  He said Nullah Leh expressway and Ring Road Projects have been approved.