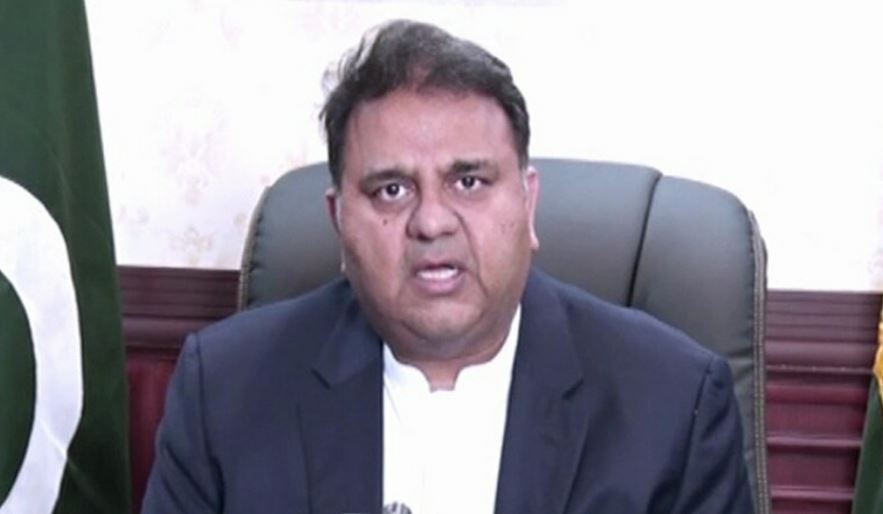 ISLAMABAD, NOV 8 /DNA/ – Information Minister Fawad Chaudhry announced on Monday that a complete ceasefire had been reached between the government and the banned Tehreek-i-Taliban Pakistan (TTP), according to state-run Pakistan Television (PTV).

The state broadcaster quoted the minister as saying that talks between the government and the TTP were underway in line with the Constitution and that the ceasefire would be extended keeping in view the progress of the talks.

“The state’s sovereignty, national security, peace in relevant areas and social and economic stability will be considered during the talks,” he said.

Chaudhry added that the interim Afghan government had facilitated the negotiations.

The minister said progress on the restoration of “complete peace” in these areas of the country was a positive development.

The announcement comes a little over a month after Prime Minister Imran Khan had stated that the government was in talks with some TTP groups, seeking a reconciliation.

“There are different groups which form the TTP and some of them want to talk to our government for peace. So, we are in talks with them. It’s a reconciliation process,” the premier had said during an interview with TRT World.

Earlier this month, sources familiar with the development had told Dawn that the government had reached a tentative understanding with the TTP to seek a broader peace agreement to end nearly two decades of militancy in the country.

Sources had said the “direct, face-to-face” talks between the two sides being held in Afghanistan’s south-western Khost province for nearly two weeks had resulted in a tentative understanding to declare a countrywide truce, conditional to the release of some TTP foot soldiers as part of confidence-building measures.

It was not immediately clear how many militants in Pakistan’s custody would be allowed to go free, but sources had said the number was not more than two dozen people. “These are foot soldiers, not senior or mid-level commanders,” the sources said. “We are testing the ground. We are cautious,” they had added.

“The truce will come into effect once the prisoners are released,” these sources had said, requesting not to be named because they were not authorised to speak to the media.

“The tentative month-long truce shall be extendable, depending on how these negotiations go forward,” a source had said.

The interior minister of Afghanistan’s Taliban regime, Sirajuddin Haqqani, has been playing a mediating role between Pakistan and the TTP, bringing the two sides under one roof to engage in face-to-face talks, another source had said.

“Talks are being held directly between senior officers and senior TTP leadership. The TTP includes all groups without exception,” the source had added. “There are several proposals on the table and both sides are working to hammer out a workable solution.”

This source had made it clear that no tribal intermediaries were being engaged in talks with the TTP leadership at the moment. “They will be engaged at the appropriate time,” the source maintained.