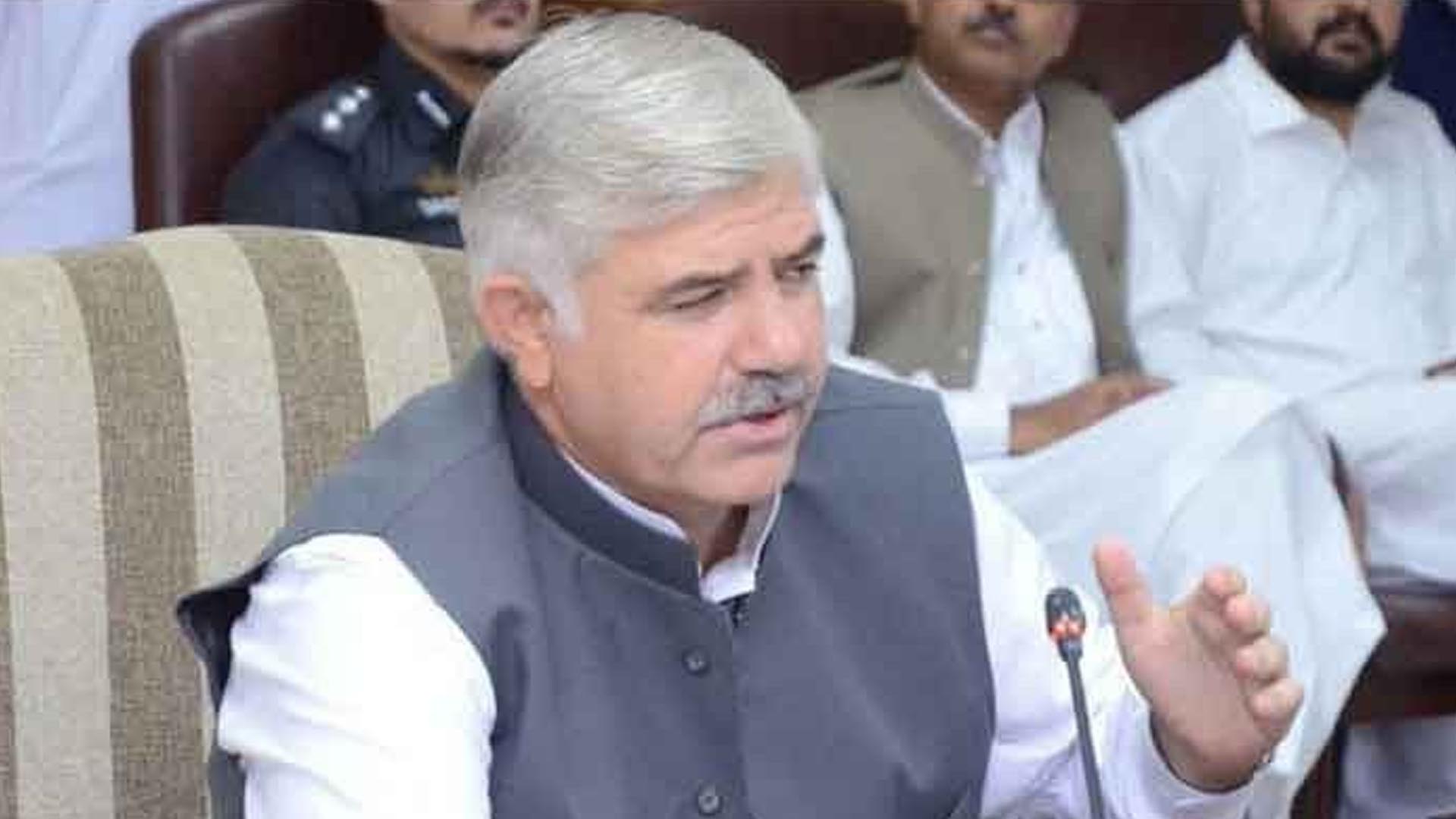 From Our Correspondent
PESHAWAR: The Chief Minister Khyber Pakhtunkhwa has directed the concerned authorities to take necessary measures for filling all the vacant posts in public sectors in the Merged Districts at the earliest so as to strengthen government offices and improve the quality of service delivery to the masses there. He also directed the Provincial Ministers and Administrative Secretaries to review the progress of work on the ongoing development projects in their respective sectors on monthly basis and submit report to him with regard to the utilization of funds. He further directed that the development scheme, which have been included in the current ADP and not yet approved from the relevant forum, must be approved up to June this year. He further directed that the Local Government & Rural Development Department should place all the Fire Brigade Vehicles of the TMAs at the disposal of Rescue-1122 within a week time as was decided during the previous meeting of the provincial cabinet. He issued these directives while chairing a meeting of the Provincial Cabinet held here on Tuesday.The meeting besides the cabinet members was also attended by the Provincial Chief Secretary, Senior Member Board of Revenue, Additional Chief Secretary and Administrative Secretaries of various Government Departments.  Special Assistant to Chief Minister Khyber Pakhtunkhwa on Information & PRs Barrister Muhammad Ali Saif while briefing media persons about the decisions of the cabinet meeting at ITLA’A Cell informed that the Cabinet as a major step to facilitate the people of South Waziristan bifurcated South Waziristan into two districts namely South Waziristan Upper and South Waziristan Lower. The Upper Waziristan will consist of Shawal, Ladha, Makin, Tayyarzai, Sarokai and Shakaee with Speenkai Rakhzai as its Head Quarter while Lower Waziristan will consist of Wanna, Shakai, Loi Khwla and Barmali with Wana as its Head Quarter.  The SACM further told that the cabinet approved the creation of two new sub-tehsils namely Ahmadzai Wazir and Utmanzai Wazir in sub-division Wazir district Bannu for better facilitation of the public in terms of service delivery and effective management. The headquarters of the newly-created sub-tehsils will be Domel and Bakka Khel respectively. He said the cabinet also approved the Khyber Pakhtunkhwa Livestock Sector Development Strategy & 10 years Business Plan to attain the objectives of the KP Livestock Policy 2018 envisaging improved livestock efficiency and production for the benefit of the livestock producers and consumers. Livestock sector, he said, is one of the vital sectors that cater to the food security and livelihood needs of most of the people especially those living in rural area of the province. The Livestock Sector Development Strategy & Plan emphasizes on strengthening the disease surveillance, monitoring, reporting and controlling mechanism through restructuring and capacity building of the staff as well as coordination with the farmers and private sector to encourage investment in this important sector, he informed. The provincial cabinet, he said, also approved the New Fisheries Act, 2021 to ensure protection, preservation, conservation, regulation and management of the fisheries biodiversity and aquaculture as well as enhance revenue of the province.   Barrister Saif further said that the Cabinet also approved the establishment of Project Development Facility (PDF) in the Planning & Development Department as provisioned in the Khyber Pakhtunkhwa Public Private Partnership (PPP) Act 2020 with the aim to provide funds for carrying out feasibility studies and capacity building,  support the appointment of consultants and experts, arrange investor promotion conferences and carry out such other activities that contribute towards accelerating the development of PPP projects in the province. The PDF shall consist of the resources available through contributions from Federal and Provincial Governments, Government Agencies, local or foreign development partners.     He further informed that the cabinet also approved restructuring of the Board of Directors of Khyber Pakhtunkhwa Oil and Gas Company Limited with Khalid Majid, a Sector Expertise in Oil & Gas, Energy, Minerals, Banking and Infrastructure as Chairman of the BoDs while Ishaq Saqi, Dr. Muhammad Tahir Shah, Muhammad Yahya and Hifz ur Rehman will be its members. The Provincial Secretaries of Energy & Power Department, Finance Department, Home & Tribal Affairs Department as well as President KPCCI and CEO Khyber Pakhyunkhwa Oil & Gas Company Limited will be members of the 10-members BoDs by virtue of office.        The Cabinet, he said, also approved compensation of Rs. 2.00 Million for each house hold affected by the Land Acquisition of 300 MW Balakot Hydropower Project. The payment of the compensation will contributes towards the timely completion of this vital project of National importance. The Cabinet also reviewed progress on the development schemes being executed at a cost of Rs. 28.00 Billion in the province which included schemes with regards to construction of Roads, Water supply, Health and Higher Education. The Cabinet also gave conditional approval for the Solarization of 2000 Mosques in the Merged Districts along with the mosques the province over. Barrister Saif further informed that the Cabinet approved Regularization of the 45 number trained staff of the Saif Blood Transfusion Center Swat and also directed for initiating measures to regularize the trained staff of other blood transfusion centers. The Cabinet, he said, also directed for strict supervision and monitoring of the ‘Sasta Aata’ being provided to the people at subsidized rates.