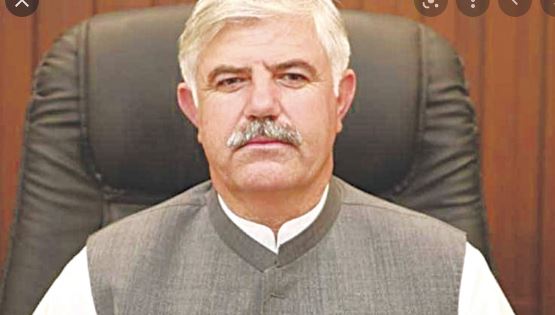 PESHAWAR, JAN 15 /DNA/ – Chief Minister Khyber Pakhtunkhwa Mahmood Khan has said that the incumbent government firmly believes in freedom of expression and speech, and always welcomes positive criticism from media professionals and would continue to do so.

He was addressing the oath taking ceremony of Swat Press Club and Swat Union of Journalist during his day long visit to Swat here the other day. The chief minister said that people of Swat and the entire Malakand Division including political figures, security forces officials and journalists rendered un-matched sacrifices in war against terrorism and because of those sacrifices, complete peace has been restored in the region. He added that now the entire region has been put on the track of sustainable development.

He further said that development schemes in different sectors including Health, Education, Communications, Tourism were underway which on completion would bring about a very positive change in the lives of people of Swat. Mahmood Khan said that the provincial government was taking result oriented steps under a well devised strategy to promote tourism in Hazara and Malakand regions and provide job opportunities to the local people by taking advantages of tourism potential of the region. He added that in the last tourism season a total of 2.7 local and foreign tourists visited the various tourism destinations of the province which resulted in generation of Rs. 66 Billion revenue for the province.
The chief minister stated that the provincial government was also working on hydro power projects to utilize hydel potential of the northern areas. Earlier, the chief minister administered oath to newly elected cabinet members of Swat Press Club and Swat Union of Journalists. Chief Minister on the occasion, felicitated the newly elected cabinet and hoped that the cabinet would work together for the betterment of journalist community and resolve the issues of journalist community. The chief minister assured that his government would extend all out support to the journalist community to resolve all their genuine issues.
Provincial Cabinet Members Muhibullah, Barrister Muhammad Ali Saif, Member Provincial Assembly Mian Sharafat Ali, Azizullah Gran, Secretary Information Arshad Khan and others were also present on the occasion.
The newly elected cabinet members apprised the chief minister about the problems being faced by the journalists of Swat district, and the chief minister directed the authorities concerned to take necessary steps to resolve those problems on priority basis.