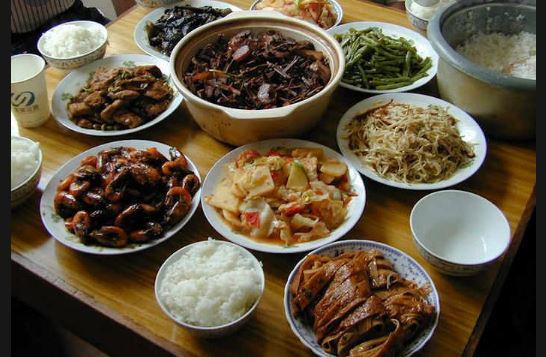 ISLAMABAD, May 6 (DNA): On Eid gala days, Chinese dishes interestingly have found their ways on Pakistani tables emerging as one of preferred cuisines among diverse array of traditional foodstuff craved by local people mostly in urban areas in the country.

According to a report published by Gwadar Pro on Friday, all three Eid days from May 3 to May 5, local enthusiasts of Chinese food, in a good number, visited foody destinations and quenched their appetite for yummy and aromatic Chinese dishes like Beef Chili Dry, Egg Fried Rice, Steamed Chicken Dumplings, Peking duck, the Mongolian Beef Steak, Kung Pao Chicken, Chicken in Oyster Sauce and other delicious items.

Foodie people craving for contemporary Chinese dishes also threw parties to their dear ones and friends to savor Crispy Chicken with Sweet and Sour Chili Sauce or the Crispy Sweet and Sour Sauce Prawns along with Vegetable Chowmein, an in in-depth survey revealed.

As per survey details, Chinese restaurants, many continental hotels as well as street eateries that offered Chinese food made a roaring business due to rush of Pakistani people there on Eid days.

While one chef Khawar Javed from a home-based business told Gwadar Pro that considerable demand for Chinese meals compelled him to perfect their preparation, another household women Ms Nadara believed that making these dishes helped people feel and recognize the foody culture of Chinese community.

A range of seafood and noodle options were other items that he delivered to people’s homes, he added.

A Chinese restaurant owner Mr. Burhan Hameed was asked to give the reason behind soaring interest for Chinese dishes among Pakistani people, he replied that Pakistani businessmen who used to visit China have been cultivating love for Chinese food. After returning Pakistan, they desired for them and established Chinese restaurants offering such Chinese scrumptious cuisines.