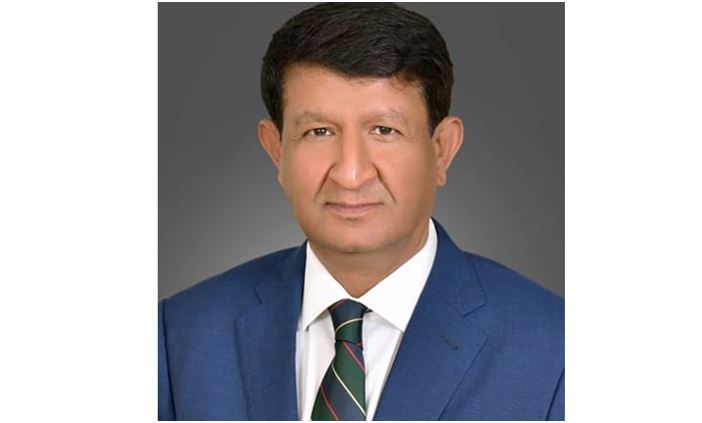 As the US reduces its security engagement in the Middle East, China is stepping up its diplomatic and economic footprint in the region. While most Middle Eastern countries have aligned their interests with rising China for economic reasons, the pundits in Washington tend to present this development as a reflection of China’s hegemonic ambitions in the region. The evidence on the ground, however, suggests otherwise. This is clear from the nature of China’s emerging role in the Middle East and the key drivers that are shaping the contours of its strategic partnerships in the region.

There is no doubt that China’s economic footprint is extensive — and increasing. It is the outcome of proactive diplomacy by both Chinese and Middle Eastern leaders. In the past decade, President Xi Jinping and Foreign Minister Wang Yi have traveled to the region and concluded “comprehensive strategic partnerships” with Saudi Arabia, the UAE, Algeria and Egypt. China has also hosted prominent Middle Eastern officials, including the foreign ministers of Saudi Arabia, Kuwait, Oman, Bahrain, Turkey and Iran in January.

This diplomatic push has enabled China to emerge as the biggest source of foreign direct investment in the region and the largest trading partner for several countries in the Middle East, especially the Gulf Cooperation Council. Most of the Arab League member states in the Middle East and North Africa have joined China’s Belt and Road Initiative, which seeks to revive the old Silk Road by financing infrastructure development across the world. Syria and Morocco are the latest additions. The rest are waiting for the opportunity.

China’s state-owned and private companies have invested close to $250 billion in development projects in Saudi Arabia, the UAE, Egypt, Iraq, Turkey and Israel in the past two decades. These investments are operational in diverse areas such as the development of seaport and transportation facilities, industrial complexes, 5G networks, artificial intelligence, emerging technologies and renewable energy. China has also concluded a 25-year deal with Iran worth $400 billion, but its implementation remains on paper.

Being a global power with global interests, China would naturally like to gain a greater foothold in strategically important regions like the Middle East. Through the Belt and Road Initiative, China seeks to capture new markets and invest and export its surplus capital and industrial capacity. However, a key driver of China’s interest in the Middle East is to secure access to its critical energy resources and maritime trade routes, as well as seaports like Dubai, through which 60 percent of its trade bound for Europe and East Africa passes. China also has a huge stake in the region’s expanding consumer markets and its own investments in the development sector.

For their part, the Middle East’s states are responding to the opportunities of engagement with China, while simultaneously reacting to the perceived unreliability of American protection. Three factors drive their growing interest in China.

First, China is the largest oil importer globally and thus a critical patron of the Middle East’s oil economy. The Gulf states, in particular, want to diversify investments and reap the benefits of rising China. They seek to develop critical infrastructure, for which Beijing provides a better alternative in terms of efficiency and productivity. China also has the technological edge in telecommunications, which is why Saudi Arabia, Turkey and the UAE have opted for Huawei’s 5G cellular network.

Second, China is a role model for economic development in the Middle East, especially the Gulf states. All of them are in the process of economic diversification away from oil and gas, as is clear from the Saudi Vision 2030 and other states’ programs. They want to emulate China’s journey to global economic power through infrastructure development and the subsequent acquisition of surplus capital and industrial capacity, which is being channeled globally through the Belt and Road Initiative.Third, China provides the Middle Eastern states with an escape from US hegemony. China adheres to the principle of noninterference and does not, therefore, link its diplomatic and economic role with issues of democracy and human rights, as the US does. That is why China enjoys a favorable public image in the region. The Arab regimes and people are also disillusioned with the US for waging imperial wars, such as in Iraq, and refusing to tackle their deadly consequences, particularly the persistent danger from Iran and its proxies. They perceive no such danger from China, which is focused on economic issues.

Hence, the question arises: Does China intend to play a security role in the Middle East or emerge as a geopolitical rival to the US? Several indicators suggest it does not.

First, even in East Asia, where China’s vital national interests lie in Taiwan and the South China Sea, it is the Biden administration’s deliberate strategy of containment that has compelled Beijing to undertake countervailing security measures. And China is a beneficiary of America’s role in protecting energy resources and maritime trade routes in the Middle East. Therefore, it would like the status quo to persist.

Second, China’s security relations with the Gulf nations are also modest and restricted to developing their indigenous defense capabilities in drone and ballistic missile technologies in the UAE and Saudi Arabia, respectively. Their respective vision programs also emphasize achieving self-sufficiency in defense production.

Third, China does not want to embroil itself in Middle Eastern conflicts. It does not invest in unstable countries. Belt and Road Initiative investments are conditioned on peace and stability in the partner nations or regions. The Arabian Gulf is stable and hence the development projects are operational. Iran is unwilling to make peace with the Arabs, meaning the long-term investments are put on hold. There is also least interest in strife-torn Syria.

The region’s states are responding to the opportunities of engagement with China, while simultaneously reacting to the perceived unreliability of American protection.

Finally, on the Ukraine war, the real issue is not that China and its Middle Eastern partners are hedging their bets by being neutral, while navigating the complex ties with the US and Russia. They simply do not want to entangle themselves in a European war being driven by contested historical narratives.

Of course, if push comes to shove, China may assume responsibility for protecting energy resources and trade routes, as well as its investments and expatriate populations in the Middle East. There is no indication yet that Beijing intends to play such a role in the foreseeable future, though it has offered to share the security burden with the US. China is also lobbying for a self-sustaining regionally integrated security order, which is a perfect recipe for resolving Middle Eastern conflicts.

We can therefore safely argue that China neither seeks animosity with the US nor aspires to export illiberal values to the region. It wants safe returns on its investments so as to sustain national economic growth. This promising trend has the potential to liberate the Middle East from the catastrophic implications of the Arab Spring and American imperialism.

Ishtiaq Ahmad is a former journalist who has been vice chancellor of Sargodha University in Pakistan and Quaid-e-Azam Fellow at the University of Oxford.