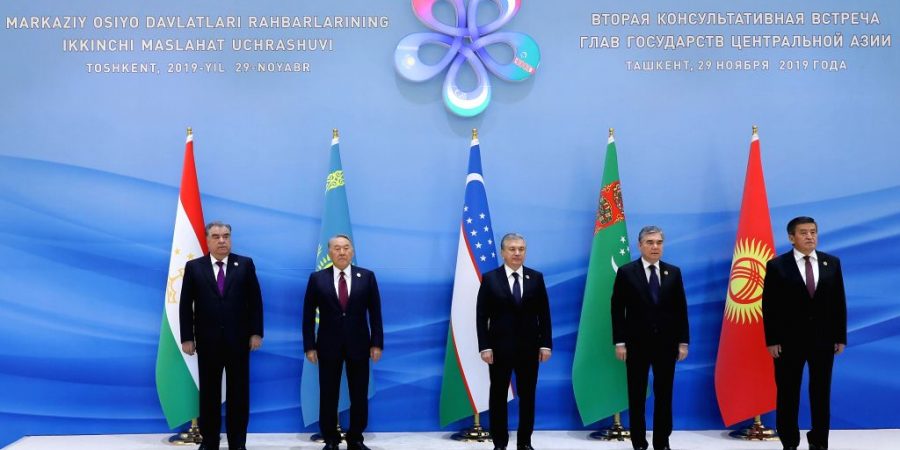 The initiative of holding regular meetings of Central Asian Presidents was first put forward in 2017 by the President of Uzbekistan Shavkat Mirziyoyev, who is known for his visionary and dynamic internal and foreign policy, active efforts to stren…

NEW DELHI: Tashkent will host the Consultative meeting of the Presidents of five Central Asian countries – Kazakhstan, Kyrgyzstan, Tajikistan, Turkmenistan and Uzbekistan on Friday. It is the second meeting of the format, the first one was held in Nur-Sultan (Kazakhstan capital) in 2018.

The initiative of holding regular meetings of Central Asian Presidents was first put forward in 2017 by the President of Uzbekistan Shavkat Mirziyoyev, who is known for his visionary and dynamic internal and foreign policy, active efforts to strengthen widescale regional cooperation in Central Asia and beyond.

In the meantime, Uzbekistan also looks beyond Central Asia in its neighborhood focus, in particular putting high emphasis on deepening cooperation with India which is considered by Tashkent as an extended or civilizational neighbor.

Uzbekistan together with India initiated the India – Central Asia Dialogue mechanism at the level of foreign ministers. The maiden session of the Dialogue took place in January 2019 in Samarkand, an ancient Silk road city of Uzbekistan.

One of the important foreign policy initiatives of Mirziyoyev after assuming office following his victory in Presidential elections in December 2016 was to focus on neighboring countries. He identified the neighborhood as the topmost foreign policy priority of Uzbekistan.

Mirziyoyev stresses Uzbekistan’s keen interest in making Central Asia as a zone of stability and sustainable development. Therefore, under the new regional policy of the Uzbek President, there is a new political atmosphere in the region with cooperation and dialogue among the countries of the region deepening.

As a result, cross-border travel and trade between Central Asian states has become easy, humanitarian and cultural links are expanding. Reasonable compromises are being sought for solution of pressing issues.

As a matter of fact, Uzbekistan has become the driving force of the dynamic processes in Central Asian region.

As priorities of its regional policy Uzbekistan calls for further deepening cooperation for ensuring security and stability, completion of the process of delimitation and demarcation, finding fair solutions to issues of water use in the region, creation of favourable conditions for mutual trade, efficiently using the transit and logistical potential of the Central Asian region.