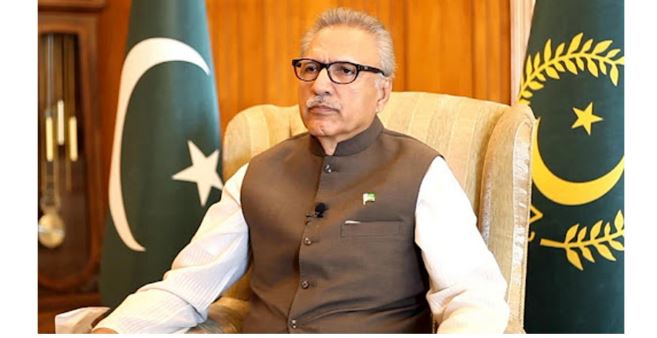 ISLAMABAD, May 14: President Dr Arif Alvi Saturday said that the world’s capital venture was eagerly waiting for new trained and well-educated entrants to capitalize on the rampant opportunities in the field of information and technology.Referring to the huge youth bulge of the country, the president said that they possessed immense talent and if properly honed, educated and trained, they could excel in different fields of the emerging technologies, thus paving a way for the rapid national progress and prosperity.

The president was addressing a ‘Future (Freelance) Fest 2022’ event held here at Fatima Jinnah Park which was sponsored by JS Bank, Bank Islami, in collaboration with the ‘Pakistan Freelancers Association’ and others. President Arif Alvi underlined that the IT sector could prove as jumpstart for Pakistan which had lagged behind from the developed world in different sectors, however, it could catch up with the world in the IT sector by aligning its potentials and resources on ‘this shortest path to development’.

He also stressed upon proper education and training of youth as a large number of country’s manpower had been illiterate.Narrating the impacts of words ‘passion’ and ‘inertia’ the president explained that if these qualities were imbibed by the youth, Pakistan could attain exponential growth in IT sector.“Such a passion is seen in the youth of the country, who will act as a catapult to bring change and put the country on the path of development as envisioned by Allama Muhammad Iqbal in his poetry,” he opined.He said that Artificial Intelligence (AI) could be utilized widely, considering the massive growth in almost every sector of life.

The president citing example of IT growth in China, opined that IT companies could emulate the precedent by increasing their customers’ outreach, adding the availability of software data in the world had outnumbered the data analysts. He said the government’s job was to remove the road blocks and bottlenecks by providing incentives and facilities in the IT sector.He cited the DigiSkills Programme under which about 1.7 million people were declared successful out of a total 2.2 million who had applied for the online training courses last year.The president said the growth of IT freelancers in Pakistan was amazing and according to an expert, they were now ranked third at the world stage which had also baffled the IT experts.About emerging opportunities for the freelancers and startups in the IT sector, the president said linking of value-added products through Amazon had provided a leeway for the global market.He also informed that last year, TEVTA Punjab in collaboration with Facebook (META) had trained 5,000 women in the province and further assured to train about 100,000 others.  On the occasion, chief operating officer JS Bank Imran Shaikh highlighted the significance of freelancing and startups loaning facilities. Chairman Special Technology Zones Authority Amer Ahmed Hashmi elaborating the potential of IT sector and global market requirements, also stressed upon provision of enabling environment for those setting up their businesses in IT sector with tax and other incentives.