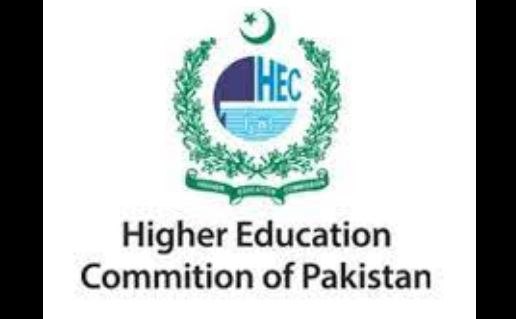 Islamabad, MAY 27 /DNA/ – HEC’s governing body “Commission” has strongly deplored the unprecedented and massive cut in the budget for higher education sector, emphasizing that this will destroy all the efforts made in the last two decades.

The Commission, in its meeting held online on Friday, unanimously demanded reversal of decision by the Government and provision of due share to the higher education sector in the upcoming budget, and warned that this cut will lead to dire consequences including closing of institutions, winding up of university programmes, firing of faculty members, termination of research projects and halting of international higher education agreements.

The Ministry of Finance has communicated IBC (Indicative Budget Ceilings) of only 30 billion rupees for higher education’s recurring grant against the rationalized demand of Rs. 104.983 billion. The allocation is 45 per cent less even than the current year’s allocation (FY 2021-22) that was Rs. 66.25 billion.

The meeting highlighted the fact that the academics have been demanding provision of at least one percent of the GDP for higher education, but the proposed allocation of merely 0.04 percent if GDP will be disastrous for the already struggling higher education sector where universities are finding it hard to manage even the basic expenses like payment of salaries, pensions and services.

The Commission Members said that they were conscious of the country’s current financial situation, but the higher education sector has already been ignored and has never got its minimum required share in the budget. They emphasized that new institutions have been chartered unabatedly without realizing and catering for the budgetary impact of this expansion. While increasing access and quality of higher education in the country is a common agenda of every government, this is impracticable without enough financial support on sustainable basis.

They warned that the Public Universities would be left with no other option but to increase the student fee drastically, enhance student intake beyond capacities, adding that these repercussions will lead the sector to disaster and severely dent the quality of learning and graduates.

The Members were also briefed about Thursday’s Vice Chancellors meeting which gave a clear message to the Government that this budget cut is akin to completely ignoring the higher education sector and brining the universities to a standstill. On Thursday, over 120 heads of public sector universities unanimously lamented the decision for the unprecedented cut in the universities’ budget and urged the Prime Minister, Finance Minister and the Minister for Education to urgently look into the matter and enhance the budget as per rationalized demand of Rs. 104.983 billion. 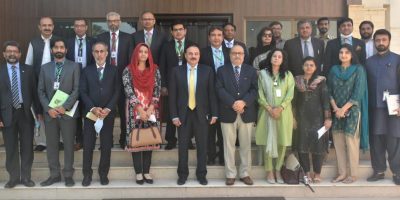 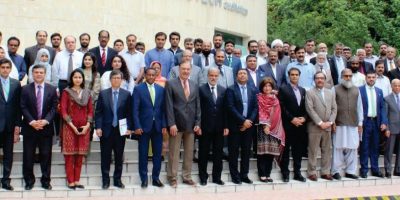