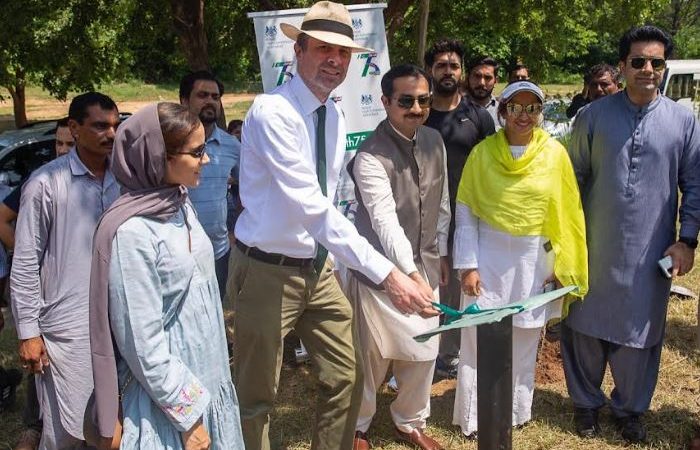 This activity compliments a vast year-long tree planting programme carried out in the UK by the British Pakistan Foundation and Pakistan High Commission. Named ‘The Legacy Project’, this was launched to celebrate the achievements of British Pakistanis over the last 75 years. A total of 7,500 trees are set to be planted.

The UK – Pakistan relationship has gone from strength to strength this year, with major events such as the independence anniversary and the Birmingham Commonwealth Games revitalising deep people-to-people ties.

“Right now the UK and Pakistan are collaborating to tackle some of the world’s most pressing challenges from driving forward action on climate change to improving gender equality. I know that we will continue to do so over the next seventy-five years. Happy Birthday, happy Independence Day, Azm-e-aali Shaan, Shaad rahe Pakistan!”