As preparations for 10th Joint Cooperation Committee ( JCC) meeting of the CPEC get into full swing, this year the meeting will be held in an environment where production and distribution systems across the globe have been impacted by the COVID -19 virus and therefore, cooperation within regional partners and global markets is imperative. In this changing scenario, the meeting will be held in an increased atmosphere of cordiality, friendship, mutual trust and desire to explore new avenues for cooperation.  But as we approach the meeting dates the negative campaign by naysayers will commence maintaining proclivity as has been the pattern in last seven years since China announced its Belt and Road Initiative (BRI) and Pakistan commenced CPEC. The most popular and frequently repeated false narrative is around the ‘Debt trap” which I believe has outlived its life.

Under the 9 completed projects and 13 on-going projects, over 70,000 direct jobs have already been created under CPEC and another 450,000 direct jobs could be generated in next 4 to 5 years which mainly depends on commencement of the SEZ’s and Gwadar Free Trade Zone. Despite COVID -19, since last JCCsignificant progress has been made on projects under Gwadar with the port becoming operational for Afghan transit trade, first fishing vessel with 200 tones cargo arriving on 20th November, IA/PPA for 300 MW power plant in final stage of process,work on Gwadar airport and vocational center starting and that of connecting the port to the Coastal highwaythrough the East Bay expressway nearing its completionand more importantly, new investors registering in the free zone creating new opportunities for local employment.Since start of development work in Gwadar, its opponents have been critical on the progress as is now the case for ML-1 project where the foes know that it is another game changing project which will transform the way we do travel and trade.

During past two years, teams led by experts from both sides have workedmeticulously on the technical details of the project bringing results through out of box solutionsincluding for financing, incorporating new technology and discussion of extension beyond Peshawar. The most interesting benefit will be for the engineering universities providing necessary HR for the project. This is bound to bring about a major change on plans for regional connectivity linkages, improving tourism, transfer of knowledge and technology besides developing rural urban synergy in the country which is leading towards a true inclusive growth. The impact of such development initiatives will transform Pakistan into a better place for foreign investors.ML-1 project will be another manifestation of the time tested friendship between the two iron brothers like the one demonstrated during construction of KKH.

On the Industrial cooperation front the challenge will be to attract investment that brings export led industry with new technology and support import substitutionat a time wheneconomies are getting insulated as an immediate response to the pandemic and investors are becoming risk averse.Pakistan on its part is working on policies favorable to market transactions, such as being open to foreign direct investment, protecting property rights to encouraged entrepreneurship and promoting sustainable knowledge investment. With Rashakai, Dhabheji and Faisalabad SEZs all set for starting development work, efforts need to be to remove bottlenecks in the banking processes,provision of utilities and crafting regionally competitive incentive packages spurring growth and employment under the vision of the PM Imran Khan who strongly believes that “CPEC is great opportunity for Pakistan. CPEC connect Pakistan to China which is one of the biggest markets.”The industrial development is likely to take place in two stages asin the initial stage it is expected that the SEZs will be occupied by labour intensive industries followed by modern hi-tech industries that will demand workers possess a combination of high tech skills.

In the socio economic development frontboth sides are keen to accelerate the progressas the recent natural calamities including pandemic Covid-19 have made us to realize that in order to combat the challenges, partnerships needs to be strengthened to draw a new normal where harmony can be achieved through economic integration. In coming years there will be burn centers across major cities of Pakistan. Health care equipment including ambulances are also being provided through Chinese grant and some of the latest technology is coming in vocational training and HEC projects are also going in the same direction by providing virtual training to students. Under Agriculture JWG, establishment of Center of Excellence in the fields of Agriculture, Livestock, Fisheries and Cotton Research and Establishment of FMD Free Zones are being contemplated. Action plans in agriculture and oil and gas are also being prepared. Similarly, under the newly established JWG for science and technology host of new initiatives are being discussed for embracing the 4th Industrial revolution (4IR).

As a developing country in transition, Pakistan faces numerous challenges and opportunities in the process of industrialization. In this process to becoming “Gateway of Prosperity”, CPEC will be confronted by number of opponentswho are aware that the initiative is not only linking Pakistan and China but is also creating new job opportunities, poverty reduction, and development and boost sustainable industrial growth. In response to this negative narrative all we have to do is to echo Mr Zhao li Jian Spokesman & DDG, Information Department, Foreign Ministry, China who recently stated that “any attempt to sabotage the China-Pakistan Economic Corridor (CPEC) project would not succeed”.

About the writer: Mr. Hassan Daud Butt is a Projects’ Management specialist and is a faculty member of Projects Management Dept. at various institutes/universities. He has also served as diplomat in China and Vietnam and is a recipient of Commemorative medal from Chinese Ministry of Defense. He can be reached at hdb4049@gmail.com 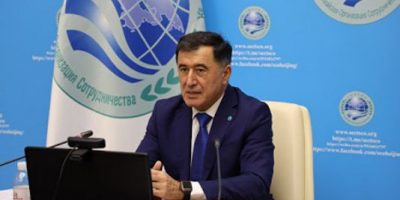 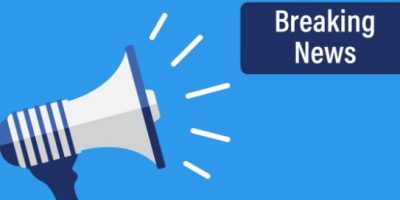 Sultan M Hali WHILE the world struggles to meet the challenges of the pandemic COVID-19,Read More