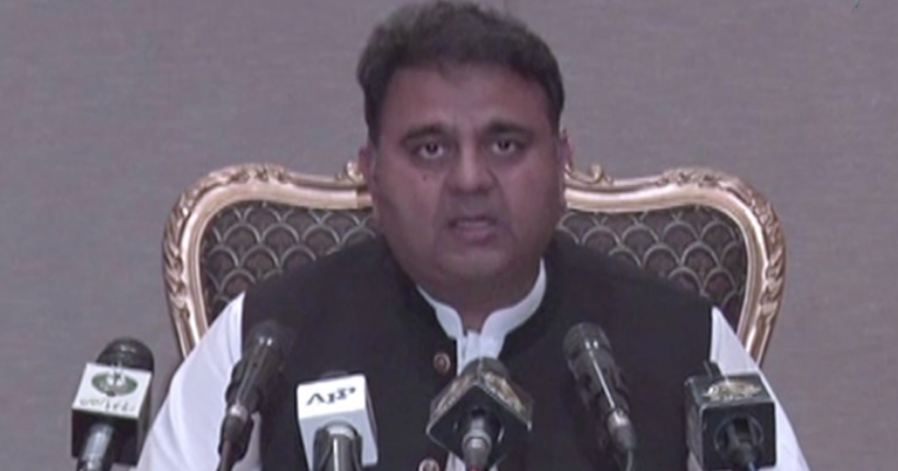 ISLAMABAD, OCT 12: Prime Minister Imran Khan and Army Chief Gen Qamar Javed Bajwa have “ideal” civil-military relations and they both never take any steps that could “disrespect” each other, Information Minister Fawad Chaudhry said on Tuesday.

Addressing a post-cabinet meeting press conference, the minister said the authority to appoint the Inter-Services Intelligence (ISI) director general “lies with the prime minister”, and that the set procedure would be followed for the purpose.

“The legal procedure will be followed in the appointment of the new DG ISI, for which both [Gen Bajwa and Prime Minister Imran] are in agreement,” he said.

Chaudhry said Prime Minister Imran and the army chief had a “long sitting” last night to discuss the matter and the premier had subsequently taken the cabinet into confidence over the issue.

“Gen Bajwa and the prime minister have close and good relations … they are ideal relations between the civilian and military leadership,” he said, adding that the Prime Minister’s Office would “never take a step that will disrespect the army and vice versa”.

The minister said the appointment of the ISI chief would be completed through legal means. “All legal and constitutional requirements will be met for this,” he emphasised.

Chaudhry also appreciated the media for not “sensationalising” the matter of the DG ISI’s appointment.

Tuesday’s meeting comes hours after Finance Minister Shaukat Tarin left for Washington for talks with the International Monetary Fund and nearly a week after the ministers met in the wake of the unveiling of “Pandora Papers”— an investigation into the hidden financial holdings of high-profile individuals across the world.

After last week’s cabinet meeting, Information Minister Fawad Chaudhry had said that cabinet members whose names had appeared in the Pandora Papers would not be removed from their positions unless they were found guilty of wrongdoing.

In recent days, the federal capital has also been gripped with feverish speculation about a delay in the issuing of notification for the appointment of incoming Inter-Services Intelligence Director General Lt Gen Nadeem Ahmad Anjum from the Prime Minister Office.

The government has so far maintained silence on the issue.