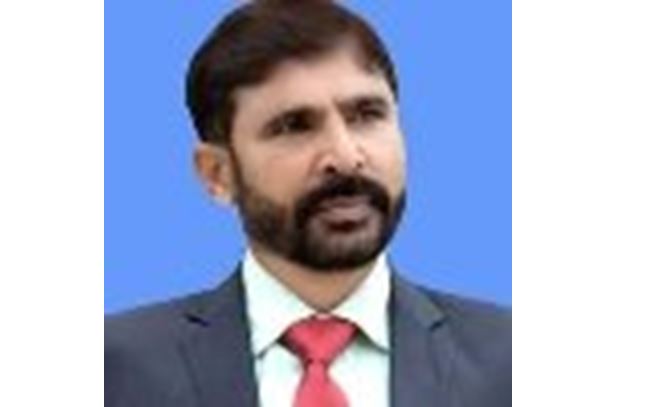 AUKUS is a trilateral security agreement between Australia, the United Kingdom and the United Statesfor the Indo-Pacific region. Under the agreement, the United States and Britain will help Australia to acquire nuclear-powered submarines.The agreement was designed to counter Chinese influence in the Indo-Pacific region. But, British Prime Minister Boris Johnson later told parliament that the move was not intended to conflict with China.The agreement also includes cooperation on “additional cyber capabilities, artificial intelligence, quantum technologies and underwater capabilities”. According to the agreement, Australia will purchase modern and long-range capabilities for its air force, navy and army. The agreement is big opportunity for these states with like-minded alliance to promote security, prosperity and other shared interests in Indo-Pacific Region.

AUKUS agreement’s intentions may to deter the growing influence of China in Indo Pacific Region. When the USA was busy in Middle East and Afghanistan then Chine was struggling to modernize and expand its nuclear capabilities increase its influence in the region and beyond the region as well.China has established significant involvement in the South China Sea which is a main concern of Western powers because 1/3 maritime shipping of the world passes through it and US$3 trillion trade every year. The strategy of AUKUS indirectly may protect the interest of America and Europe by using the shoulder of Australia. With the submarines deal, Australia may feel secure from the any aggression from the People’s Liberation Army after the deal of Nuclear Submarines. The two countries with nuclear weapon may not attack on each other for the fear of mutual annihilation but the controversy would create long distance for trade and investment activities among the regional and beyond the regional powers.However, the strategy carries many challenges in the region to the AUKUS alliance.

Although the agreement is an attempt to draw a line before Chines aggressive moves in the region but separate New Zeeland and Canada from United States, United Kingdome and Australia who are members of the Alliance of Intelligence sharing Five Eyes. This machismo has been working during the cold-war and has proved as a successful intelligence alliance. The AUKUS agreement will focus on military capability and intelligence sharing.The government of New Zeeland has responded that it would ban Australian Submarines from its water under the present policy of nuclear-powered Submarines.

Francehas also angrily reacted and called backits ambassadors from Australia and the United States. French Foreign Minister Jean-Yves Le Drianalso stated that the AUKUS Submarines deal is a “stab in the back” of strategic partnership between France and Australia. France thinks that if the deal goes ahead then French defense industry would have gain much reward. French official has stated on that “We think that it would be a mistake for all Europeans”. “We could turn a blind eye and act as if nothing had happened” The official spoke without elaborate the European Union can play a strategic role in Indo Pacific Region with United States in the term of trade security, defense and defensing freedom of navigation.

On the other hand Beijing has condemned the AUKUS agreement and called it “Extremely Irresponsible” because it may undermine the regional peace and stability with the intensification of arms race in the region. Although President Joe Biden has announced just a few weeks ago that the days of Washington’s foreign nation-building projects are over but it seems that Americans haven’t lost their appetites for global military adventures. China has also accused that the AUKUS states having a “cold war mentality”.

The agreement might also lead towards Cold-war mentality and ideological prejudgment. Chinese state media particularly Global Times took more extreme position on AUKUS and wrote that Australia’s deployment of nuclear-powered submarines will “potentially make Australia a target of a nuclear strike if a nuclear war breaks out, even when Washington said it won’t arm Canberra with nuclear weapons, because it’s easy for the U.S. to equip Australia with nuclear weapons and submarine-launched ballistic missiles when Australia has the submarines. As well as North Korea said nuclear submarines-agreements may spark a regional arms race. Malaysia has also said the deal serves as a catalyst for a nuclear arms race and once arms race started, and then it will be difficult to overcome.

The AUKUS controversy illustrates that the close friends can be divided if trade concerns are at stake. But, Britain and the United States have other ideas, as their own military-industry would be the one that would has benefit from the deal the most as France had planned. But the most disturbing reality that emerges from this conflict is the deployment of nuclear ships in the Pacific. .

Unfortunately, after false military adventures in the Persian Gulf and humiliated defeat of the world’s strongest military in Afghanistan, it gives the impression that the Western bloc is now attempting to test the waters of East Asia and the Pacific coast. It might be to take forward Obama’s “Pivot to Asia” policy rather than to relax military muscles. According to Carl von Clausewitz famous dictum “War is nothing but the continuation of policy with other means” same is happening and I think such developments are an unending series of Tom and Jerry show.