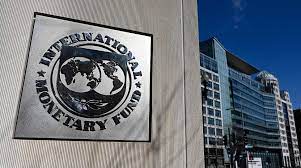 ISLAMABAD: The demand for conducting the special audits of state-owned enterprises (SOEs) put forward by the International Monetary Fund (IMF) was turned down by the auditor general of Pakistan (AGP), The News reported.

The report stated that the demand to special audits of SOEs, including Sui Southern Gas Company Limited (SSGCL), Hyderabad Electric Supply Corporation (Hesco) and Peshawar Electric Supply Company (Pesco), under the argument that any audit as proposed without considering terms of reference (ToRs) and specified risk areas will only be a duplication of efforts with the same observations/results.

“The cash-bleeding energy sector has been proving a persistent burden on the national kitty. The power sector alone caused an overall accumulated financial burden of Rs1.6 trillion in the last fiscal year, which is more than even defence spending of Rs1.4 trillion,” a top official of the Finance Division said.

He further shared that they sent an official letter to the AGP dated September 12, 2022 titled IMF’s Extended Fund Facility, stating that the 7th and 8th reviews of the IMF EFF Programme had been completed. The Memorandum of Economic and Financial Policies (MEFP) provided other actions relevant to ministries/divisions/organisations.

The letter quoted the IMF MEFP whereby it was stated that the Public Accounts Committee of the National Assembly would continue companies is under execution.

The compliance audit of the customer care and billing system of SSGCL is planned in the 2nd phase of the Audit Plan for 2022-23.

“The special audit as proposed without considered terms of reference (ToRs) as specified risk areas will only be duplication of efforts with same observations/results,” the letter said. It was, therefore, proposed to take up the issue with the IMF for re-consideration as the duplication of exercise would be futile, having no benefits for achieving the purpose of transparency.