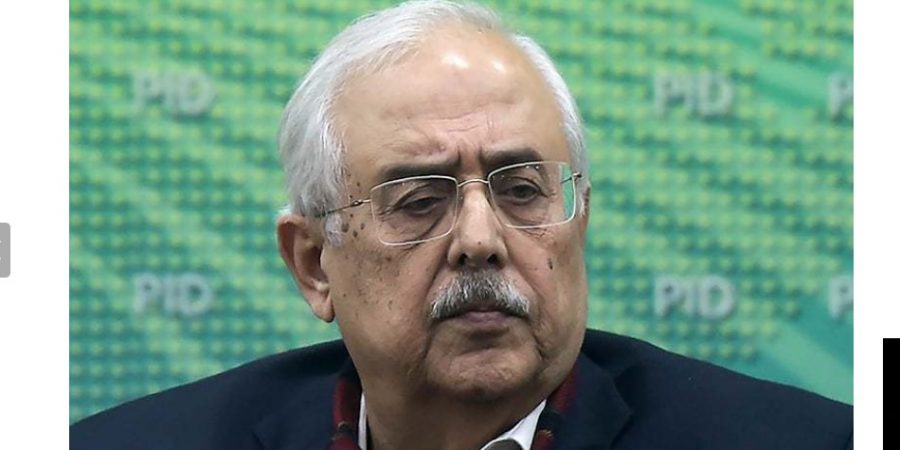 In his resignation letter, Khan said: “I note with profound regret that the Pakistan Bar Council, of which I am the Chairman, has demanded through its press release dated 19th of February 2020 that I resign forthwith from the Office of the Attorney General of Pakistan. 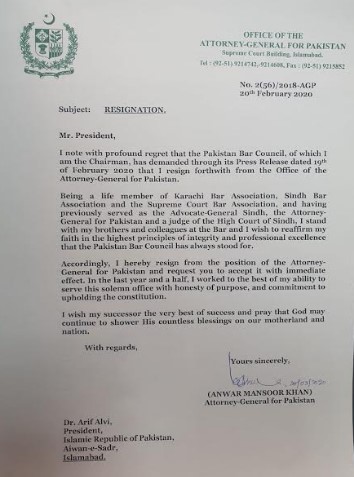 The federal government has also distanced itself from Khan’s remarks.

“Being a life member of Karachi Bar Association, Sindh Bar Association and the Supreme Court Bar Association, and having previously served as the Advocate General Sindh, the Attorney General for Pakistan and a judge of the High Court of Sindh, I stand with my brothers and colleagues at the Bar and I wish to reaffirm my faith in the highest principles of integrity and professional excellence that the Pakistan Bar Council has always stood for.”

In the conclusion of his letter, Khan said: “Accordingly I hereby resign from the position of the Attorney General for Pakistan and request to accept it with immediate effect.”

The development comes a day after the Supreme Court ordered Khan to tender an apology or come up with “some material” on the basis of which he made certain remarks that concerned members of a bench that is hearing a set of challenges against the filing of the presidential reference against Justice Qazi Faez Isa.

The order came after the top law officer had made a controversial statement, now expunged, about the apex court bench.

“As [a] certain statement was made by the AG about the bench yesterday, it would be appreciated if the material on the basis of which the statement was made is placed on record before the bench,” a visibly disturbed Justice Umar Ata Bandial said while dictating the order at the end of Wednesday’s hearing.

Pakistan Bar Council (PBC) vice-chairman Abid Saqi and Supreme Court Bar Association (SCBA) President Syed Qalbe Hassan were also present for the court proceedings on Wednesday. The two had earlier condemned the attorney general’s statement and decided to move a contempt of court petition against Khan as well as Law Minister Farogh Naseem as the ‘highly objectionable’ statement (now expunged) was made in the law minister’s presence.

In a statement, PBC vice president had asked the attorney general to submit an unconditional written apology along with his resignation for his “unbecoming conduct”. The statement added that the PBC would not tolerate any government-sponsored attempt to undermine the independence of the judiciary and the process of dispensation of justice.