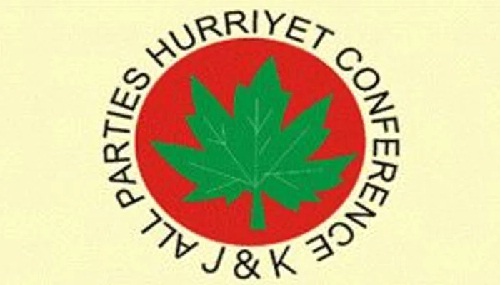 ISLAMABAD,05  Nov 2021 : The All Parties Hurriyat Conference (APHC) has appealed to the people of the territory, Azad Jammu and Kashmir and the Kashmiri Diaspora to observe November 6 as Black Day and organize special meetings to pay tributes to the martyrs of Jammu carnage at the hands of Dogra forces in 1947.

The APHC spokesman in a statement issued in Srinagar, also asked the people of IIOJK to observe blackout from 7:00 p.m. to 7:30 p.m., Kashmir Media Service reported.

It termed the massacre of lacs of Muslims of Jammu as one of the bloodiest holocausts of the human history. He said when people of the divided India were celebrating their independence, the Muslims of Jammu and Kashmir witnessed bloodshed, loot, plunder and tyranny perpetrated by the Dogra regime at the behest of Indian fascist rulers.

Referring to the annals of the living history of Kashmir, he said that the Muslims of Jammu were deceitfully offered help to migrate to Azad Kashmir and a free passage was announced for the aspirant people. The jubilant Muslims left their homes and belongings and gathered in large numbers to leave for their destination, he added.

The spokesman deplored that the Dogra forces ruthlessly showered bullets on the Muslims indiscriminately leaving heaps of the bodies of men, women, children, young and old on the roads, streets and fields of Jammu. “Truck loaded of Muslims, willing to leave for Pakistan, were carried to the forests of Samba. Young ladies were made captives whereas remaining people were shot dead in the forests. Lakhs of people were reported disappeared. Eyewitnesses of this holocaust are still alive and the horrible echoes are running today in the conscience of the people of Kashmir,” he maintained.

Paying rich tributes and salutes to the Jammu martyrs, the APHC spokesman reiterated the pledge to carry the ongoing resistance movement to its logical conclusion despite Indian suppression and repression. “We are indebted to fulfill the dream of our martyrs and shall leave no stone unturned to attain complete freedom from Indian subjugation,” he added.

The spokesman urged the United Nations Secretary General, Antonio Guterres, to take cognizance of the historical and factual perspective of the Kashmir dispute and help resolve it as per agreed resolutions of the World Body.

The spokesman affirmed that the overwhelming majority of the people of Jammu and Kashmir whole-heartedly support their freedom movement and asserted that the UN chief, in pursuance of his moral and legal obligations, must stop genocide and widespread human rights abuses perpetrated by Indian forces in IIOJK.

« COMSTECH Holds Webinar on Use of Nanomaterials in Medicine (Previous News)
(Next News) Uproar in India too over petrol prices, Pakistan still cheapest in the region: PM Imran »