Ambassador-designate assures to play role for promoting trade with Netherlands 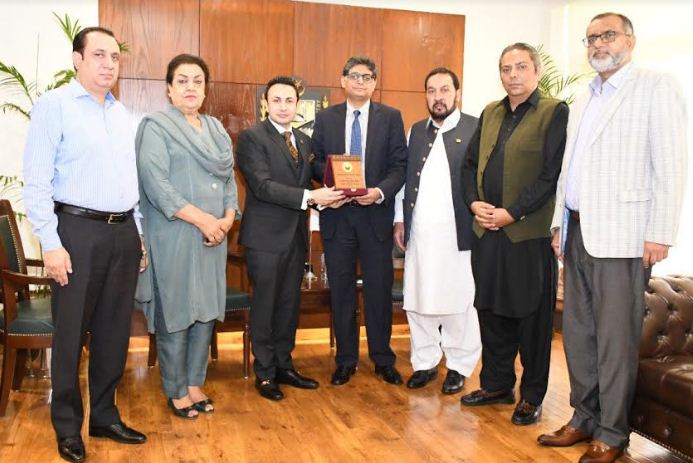 ISLAMABAD, JUN 26 /DNA/ – Suljuk Mustansar Tarar, Pakistan’s Ambassador-designate to Netherlands said that the current government was focusing on trade diplomacy to promote Pakistan’s trade and exports with foreign countries and assured that he would play a role in cooperation with the private sector for promoting Pakistan’s trade with Netherlands. He expressed these views while interacting with the business community during his visit to Islamabad Chamber of Commerce & Industry (ICCI).

Suljuk Mustansar Tarar said that though it was still uncertain how the European economies including Netherlands would shape up after Covid-19 pandemic, his focus would be to diversify Pakistan’s trade and exports with the Netherlands. For this purpose, he would share trade leads with the Ministry of Commerce and chambers of commerce & industry so that the business community of Pakistan could take advantage of available business opportunities in the Netherlands.

He said that he would also encourage investors of the Netherlands to explore Pakistan for JVs and investment. He said that extra efforts were needed to increase Pakistan’s export base and the private sector has to play an enhanced role to achieve this goal. He also shared his plans to find out new opportunities for Pakistan’s private sector in the Netherlands so that with joint efforts, exports of Pakistan could be further enhanced.

Speaking at the occasion, Sardar Yasir Ilyas Khan, President, Islamabad Chamber of Commerce & Industry said that the Prime Minister Imran Khan was passionate about promoting Pakistan’s trade and exports and stressed that relevant ministries and Pakistani missions should adopt a proactive approach to support the private sector in realizing actual export potential of Pakistan. He said that Pakistan’s bilateral trade with Netherlands was just around USD 1 billion, which was not reflective of the real potential of both countries and Pakistan’s embassy in Netherlands should identify new opportunities for exports promotion. He said that textiles were the main exports of Pakistan to the Netherlands, however, given the support of the government, we could export many other products to the Netherlands including pharmaceuticals, marble & granite, IT products, surgical instruments and others. He said that all Pakistani foreign missions should have upgraded books on Made in Pakistan that would help in further improving our exports.

Sardar Yasir Ilyas Khan said that a business friendly tax regime was needed to promote industrialization and exports of Pakistan. He said that a fixed tax regime for traders was the best option to make a significant increase in tax base and improve tax revenues, therefore, the government should give it a serious consideration. He said that tourism needed subsidies on imports for development and growth up to its real potential.