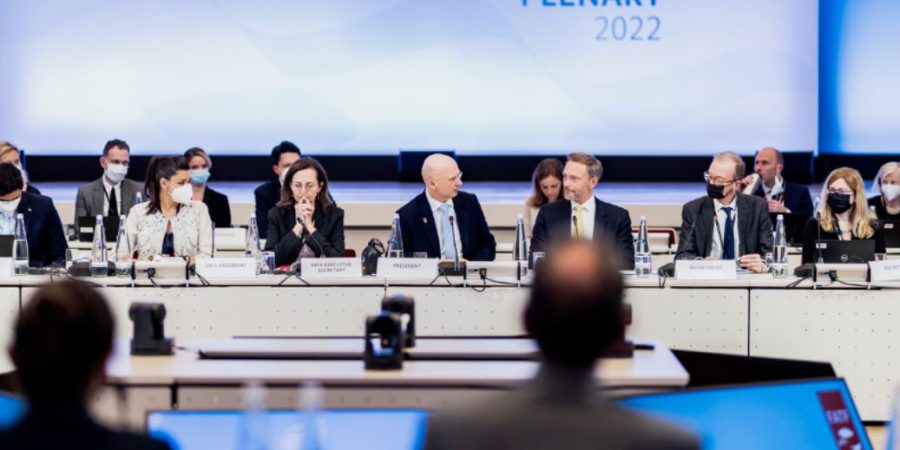 ISLAMABAD: The Financial Action Task Force (FATF), a global watchdog for combatting money laundering and terrorist financing, is expected to announce today (Friday) whether Pakistan will be removed from or retained on its increased monitoring list, also known as the “grey list”, but the government is hopeful the outcome will be in the country’s favour.

The four-day plenary session began in Berlin, Germany, on Tuesday. FATF officials will hold a press conference at 7:30pm today to share the outcome of the session, according to the watchdog’s website.

Delegates representing 206 FATF members and observers are attending the plenary session. The observers include the International Monetary Fund (IMF), the United Nations, the World Bank, and the Egmont Group of Financial Intelligence Units.

A spokesperson for the government told BBC Urdu that the outcome was expected to be in Pakistan’s favour according to information available at the moment. He clarified, however, that even if the country was removed from the list, it would take seven to eight months to “settle matters”.

If Pakistan exited the list, a FATF team would visit the country so it “satisfy itself that work on its recommendations has been completed”, the spokesperson added.

Recent reports in the international media also mentioned this “quiet lobbying”, led by China, and one Indian media outlet reported that the plenary session “is likely to decide to move Pakistan out from the list of countries under increased monitoring, commonly known as its grey list”.

Several politicians, mostly from the PTI, and journalists posted on social media today that the FATF had removed Pakistan from the grey list. However, Minister of State for Foreign Affairs Hina Rabbani Khar, who is leading Pakistan’s delegation in Berlin, cautioned that prejudging the outcome and speculative reporting should be avoided.

She pointed out that the plenary meetings were still ongoing and the FATF would issue a statement tonight after their conclusion.

She added that a press conference would be held at the foreign ministry on Saturday (tomorrow) in this regard.