Afghans with own country ID allowed to return homes 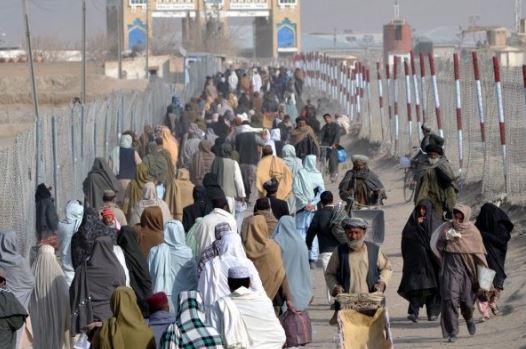 PESHAWAR—Hundreds of Afghans who were stranded at border town of Landi Kotal Khyber and its surrounding areas, Monday thronged the Pak Afghan border at Torkham when the authorities announced one-sided relaxation in a ban imposed on travelling of pedestrians through Tazkira ( Afghanistan national Identity card).

Special Envoy for Afghanistan through a message stated, “ Tazkira holders will be allowed to leave for Afghanistan via Torkham border till 29th April 2022. All those who wish to return to their homes, need to exit during this window. Normally, only patients are allowed crossings without visa’s on Torkham.”

Civil administration officials at Torkham confirmed opening of the border in the light of Special Envoy’s message and federal interior ministry directives. The government had banned crossing over/exit of Afghans through Tazkira early in previous March. Earlier, since 2015 last, Pakistan has introduced one-sided travelling restrictions for pedestrians between the two countries through Torkham, Chaman and all other crossing points.

Brief permissions for return of stranded Afghans on the eve of Eid was commenced in 2020 last when like of other international borders, Pak Afghan border was sealed in the wake of Corona  situation.

Like past, since mid of Ramadan, Afghan nationals are pouring in Torkham and Landi Kotal from all over the country. The tribesmen at Landikotal including stalwarts of different political parties are making appeals and requests to authorities for allowing these people. Tribal Journalist Mehrab Afridi who is president of Landi Kotal Press Club informed that hundreds of Afghans including women and children were stranded in the area from last several days. He confirmed that almost of these stranded people now returning to homes.

Thousands of Afghans are illegally residing and engaged in economic activities in different areas of Pakistan, always preferring Eid celebration with their relatives in Afghanistan. From last three years, Pakistan allows exist of such people on the eve of Eid Ul Fitre and eid Ul Azha as well.

Almost all Afghans whether residing in Pakistan or in other foreign countries are faced with serious hardships due to one sided travelling and visa restrictions of Pakistan.