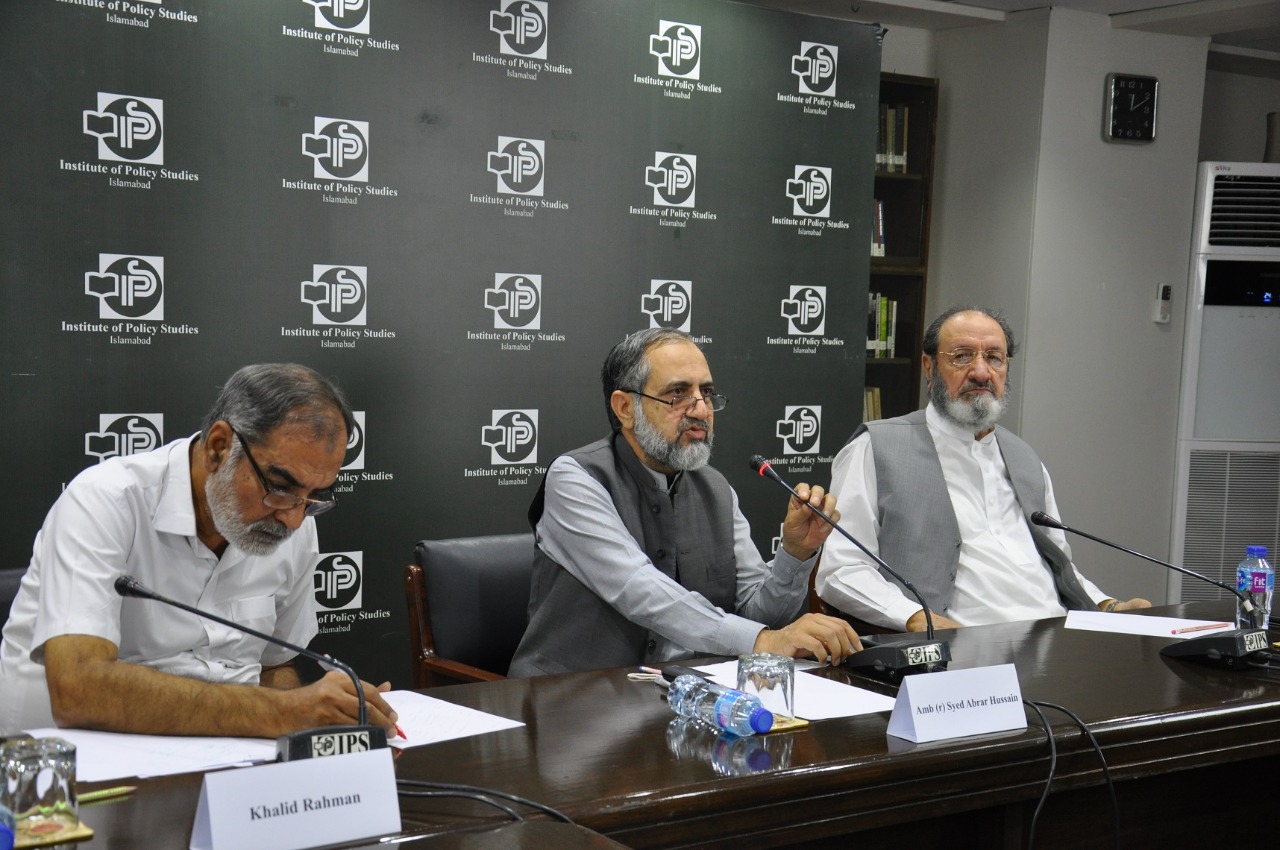 ISLAMABAD: In the wake of the recent Taliban’s offensive and rapid gains in Afghanistan amidst uncertainty over the success of the peace process in the war-torn country, the stalemate in the intra Afghan dialogue creates concerns for peace and stability in the region. Instead of waiting for events to turn worse, Pakistan should be proactive to mitigate the spillover effects of a civil war should it begin there on a large scale.

This was the crux of a discussion titled ‘Developments in Afghanistan: Implications for Pakistan and the Region’ which was organized by Institute of Policy Studies, Islamabad.

Ambassador (retd) Syed Abrar Hussain was of the view that the Doha Accord which served as a foundation for the US withdrawal from Afghanistan entailed an intra Afghan dialogue clause under which modalities of ceasefire and future political roadmap were to be decided. However, due to the Afghan government’s delay in implementing the Doha agreement in letter and spirit, negotiations have remained stalled, resulting in the loss of many innocent lives.

Ayaz Wazir argued that bringing peace and stability in Afghanistan is in the interest of regional countries including Pakistan, China and Iran which are vying for regional connectivity and geo-economics whereas the US-Indo nexus can play the role of spoilers to sabotage connectivity projects under the Belt and Road Initiative (BRI).

He also said the Taliban have developed direct and friendly relations with the neighbouring countries on the pretext of not allowing Afghanistan’s soil to be used against anyone.

Commenting on the implications for Pakistan, Dr Sadia maintained that Pakistan needs to apply a cautious policy towards recognizing the Taliban regime should they come in power, as the decision will impact internal security affairs.

She warned against fragmentation of Afghan society and influx of Afghan refugees into Pakistan if the civil war extends.

She further added, desertions in the Afghan army will increase the proliferation of small weapons across Pakistan, thus aggravating unrest in the country.

Explaining the military strategy of the Taliban to topple the existing Afghan government, Islamuddin Sajid believed the militant group would not enter Afghanistan’s big cities before the US forces depart completely.

According to Sajid, the Taliban agree to talk with their opponents to bring the insurgency to an end but India adds fuel to the conflict by sending weapons to government troops to intensify the civil war. Even the Baloch militants living in Nimroz and other areas in Afghanistan are being armed to fight against the Taliban by India.

Concluding the session, Khalid Rahman observed that despite the withdrawal of its forces from Afghanistan the USA will continue pursuing its strategic objectives vis-à-vis Pakistan and China in the region with the help of allied international and regional forces.

He stressed the need for improving governance in Pakistan to avoid fallouts of the crises looming over the region and urged the government of Pakistan to be on its toes in the wake of the US withdrawal. Pakistan should also prepare to address the humanitarian crisis that can emerge if Afghan refugees start pouring into Pakistan in the wake of a civil war.