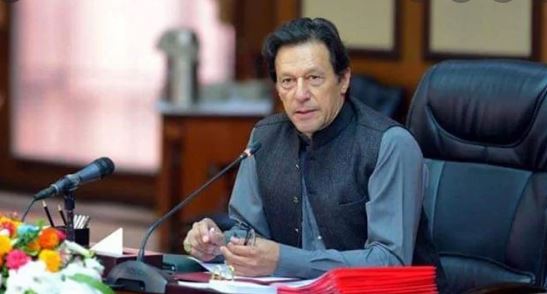 ISLAMABAD, NOV 12 /DNA/ – Amir Khan Muttaqi, Acting Foreign Minister of Afghanistan, called on Prime Minister Imran Khan, today. He was accompanied by Acting Ministers for Finance as well as Industry & Commerce and other senior members of the Afghan delegation.
The Prime Minister reaffirmed Pakistan’s support to Afghanistan and the Afghan people in overcoming the dire challenges being faced by their country. The Prime Minister stressed the vital importance of a peaceful, stable, sovereign, prosperous and connected Afghanistan for Pakistan and the region.
He underlined that continued security and resolute counter-terrorism actions, respect for rights of all Afghans, and inclusivity in governance and politics would further contribute to Afghanistan’s stability.
The Prime Minister hoped that the interim Afghan government will continue to constructively engage the international community and will keep on taking positive measures to address the prevailing challenges. He said that Pakistan has been consistently calling for provision of immediate humanitarian relief for Afghanistan. The Prime Minister also underscored the urgent need to release Afghanistan’s frozen assets and facilitation of banking transactions to prevent an economic meltdown.
Prime Minister Imran Khan reiterated Pakistan’s resolve to stand by the Afghan people by extending all possible support including humanitarian assistance-in-kind to withstand the coming winter season. In addition to the assistance already extended, the Prime Minister stated that Pakistan would provide essential food items including wheat and rice, emergency medical supplies, and shelter items for Afghanistan.
The Prime Minister conveyed that in the current context Pakistan would favourably consider the request by Afghan brothers for transportation of wheat offered by India through Pakistan on exceptional basis for humanitarian purposes and as per modalities to be worked out.
Prime Minister Imran Khan also emphasized importance for the two countries to work together for facilitation of movement of people, trade, transit and regional connectivity for promotion of progress and prosperity in the region.