A View of China’s foreign policy towards Pakistan and India 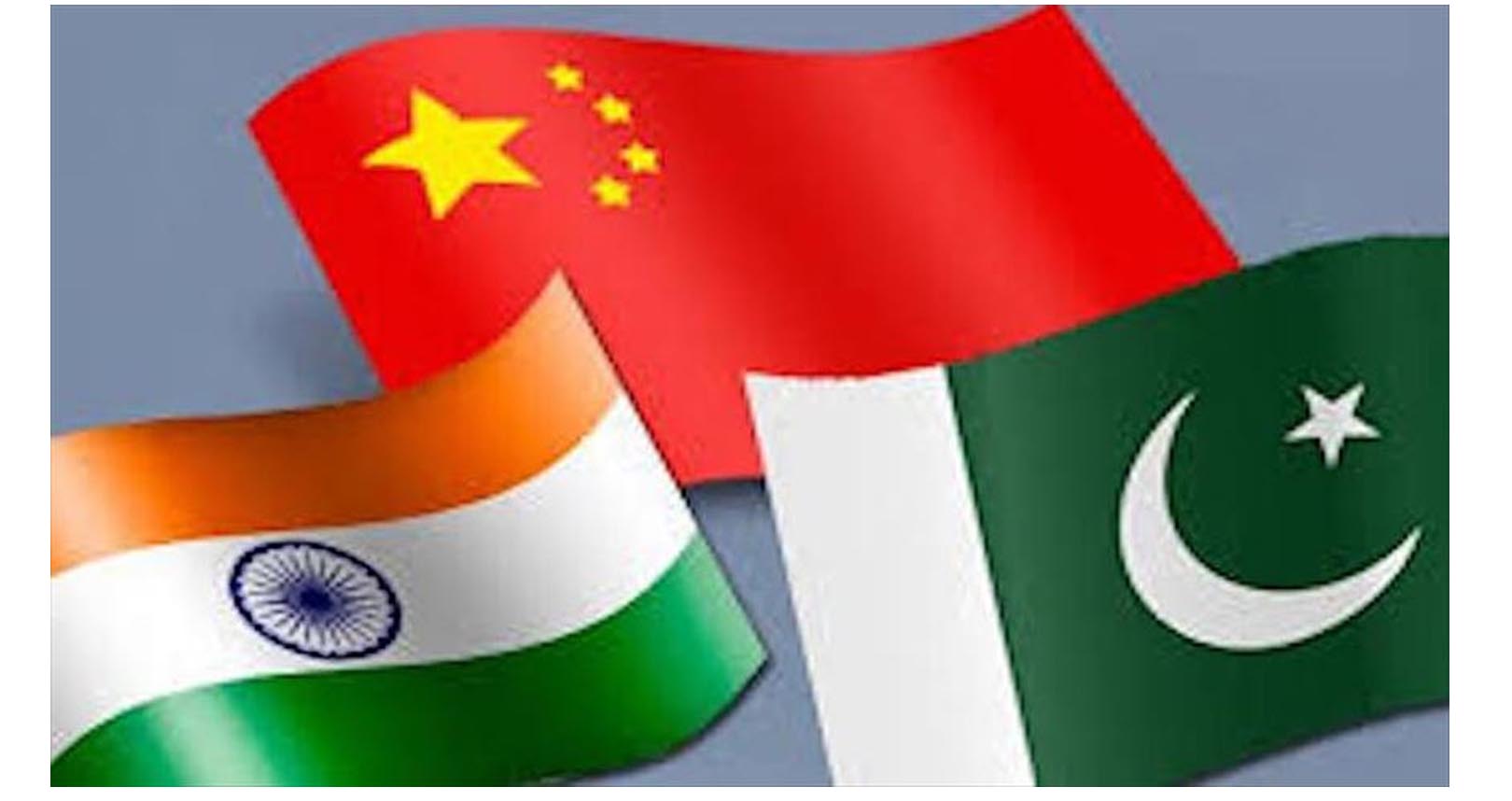 Since the late 20th century, China has shifted her policy from the isolation and separation to the international community and now is on the way of becoming the major economic power of the world. The Chinese leadership has formulated more attractive, pragmatic and flexible policy for the global affairs and issues. With the economic growth, China is widening and deepening its quest for energy resources and expanding its investment, market and political influence.  It is also projecting her soft power vigorously and peacefully by promoting culture, sports, education, tourism and other exchanging. Chinese believe on emergence of a peaceful great power as once. Professor of international relations Yan Xuetong has said that China is the second most powerful state of the world.

A rapid change in the domestic situations of the countries and in international system has been followed by the change of their, perceptions, priorities, foreign policies and interests. That’s why modern dynamics of foreign policies are extending their activities in to many spheres of the international system to increase influence. The quest for the achievement of national interests allows countries to continue work effectively on potential, inherent to make useful policy.

In the past, Chinese diplomacy was often employed to pursue goals of unbalanced interests.  Now the world has dramatically changed since the post-Cold war and China is in the position to play a constructive role in the international system. China was allied of USSR and viewed United States as principal enemy during 1950s. On the other hand, Washington sought anti-communist alliance with Pakistan as well as close relations with India. Post Indo-Pak war 1965, United States and Indian relations became weaker due to Washington’s limited sale of weapon to India. In1970s, India went more close to Soviet Union and China become more close to Islamabad because of complicated strategic position of India. Then China wisely inclined towards United States for the quest of export market and counterbalance to Soviet Union.

After the collapse of Soviet Union, a peaceful environment was in the favor of China and a shift came in her policy towards south Asia. Now, Beijing was seeking political and economic bilateral ties with the regional countries particularly positive development in the process of Sino-India rapprochement. This shift was not favoring Pakistan and posed negative consequences on Pak-China traditional relationship. The impact of the foreign policy shift gave the impression during the Pak-India crisis over Kashmir in 1989-90 when Beijing did not support on a resolution on Kashmir in United Nation. It remained neutral and calm, emphasis on both parties to solve the issue by dialogue. Contrary, during cold-war Chinese policy towards Pakistan was supportive against India.

During the 1990s, China has been advising both Pakistan and India to solve their problems through dialogues.  In 1996, President Jiang Zemin visited Pakistan and in his speech of 45 minutes to Senate, he urged Pakistan to develop cooperative relations with India and put thorny issues aside. Pakistan should make trade and economic relations to lessen the hostility. At the time of Kargil crisis China-India rapprochement had entered in the mature phase. This time again, China adopted neutral policy and emphasized to hold talk and solve the issue through negotiations.

Pakistan was seeking an active support on the issues of Kashmir and Kargil but Chinese position was unchanged. During the visit of Pakistani Foreign Minister to China in1999, Chinese Foreign Minister Tang  Jiaxuan told that international community has great concerns on South Asian situation and Pakistan should remain cool and exercise self-control. It was warning to Pakistan that China would not support it by military, and Pakistan should get out from Kargil and settle the crisis by dialogues.

Post-cold war Soviet model was ended and India was looking for economic reforms. Therefore, India remained no longer allied of Moscow and became less danger to China. Now need of Islamabad for Beijing was narrowed to counterbalance Delhi and Moscow but was concerned of Delhi-Washington closeness. China wants to prevent India join United States to counter her and United States looks India to counterbalance China. This situation is very difficult for China as to sustain and maintain balance and demonstrate her ability in the region of nuclear powers.

The incident of 9/11 brought regional and international development and new adjustment in the foreign policy for China. This event led to a diplomatic standoff between Pakistan and India. Almost for a year, military forces of both the sides stood eyeball to eyeball and came close dangerously. Terrorist attack on Indian parliament and Srinagar incident flamed to insecurity and instability in the region. Beijing has concerns about Pak-India tension and it played proactive role at diplomatic level to diffuse tension. China also activated SCO and other forum to deteriorate tension between Islamabad and New Delhi.

Soon after 9/11, United States declared a global war against terrorism and China was discomforted and had many internal and external concerns. It warned US that counter terrorism should not be used to practice hegemony. Although the war was against Taliban regime in Afghanistan but China also managed worsened situation of her troubled province Xinjiang and was unsettled by the presence of United States forces near her border. China believed that Washington would create instability in the region and might have new political design. The region particularly Central Asia was more attractive to China due to its energy resources and Washington’s political and military involvement in the region might have worries for China.

Washington was increasing pressure on Islamabad to get Pakistani support for war on terror in Afghanistan after 9/11. On the other hand, China had concerns of Delhi-Washington expanding strategic cooperation. India and United States were considering China as a common rival of both the countries and were thinking to limit the rise of China as well. Washington made efforts to diffuse crisis between Pakistan and India by balancing posture during this period.   China also maintained balanced position towards Pakistan and India during post 9/11 period. Another worry for China was Indian move towards Japan and Vietnam with whom Chines relations remained tense.

The past cooperation in political, economics, security and diplomatic issues and bilateral ties produced Chinese $62 billion investment in Pakistan through CPEC. China has provided support to Pakistan in United Nations Security Council regularly. China has assisted Pakistan to improve security and defence capability by joint venture of JF-17 Thunder in 2003. The deteriorating relationship of Islamabad and Washington provide them motivation and impetus to improve their relations.

On the other hand, China and India are two natural strategic rivalries with great numbers of population in the region. A sense of competition between the two countries is very high. China has engaged Nepal, Bhutan, Bangladesh, and Maldives, which was considered the area of Indian influence. China tried to build a road in Bhutan in the Doklam area, which is a source of tension for India. It seemed that China was occupying the strategic territory, which was very necessary for Indian security. In addition to, India thinks that Pakistan is serving Chinese interest by forcing her to fight wars, deterring Indian ability to counter Chinese rise.

However, the leadership of both China and India has recognized the need of peace and cooperation to ease the tension. Both have met in the Wuhan summit April 2018 and agreed to expand economic relation in future. China seems major beneficiary of China-India economic and trade relations. The gravity of this partnership may not be worsening the China-Pakistan relations spirit. The example of the China and Pakistan cooperation is seen when Beijing put the shoulder behind Islamabad and forced a discussion in United Nations Security Council on Indian latest reconfiguration of Kashmir.

As the rise of economic power, China has its own paradigm of development and new ways of interaction to regional and global powers on win-win, and it has earned respect and credibility among the nations. Being the neighbour of China, Pakistan has the privilege to achieve investment and trade. The frequent exchange visits by the leadership of both the countries have reinforced mutual trust and cooperation. On the other hand, China and India have agreed to expand their cooperation on multi-level to ensure peace on their borders. However, India and Pakistan are challenging each other on the issue of Kashmir and both the countries had fought four wars in the past. On the issue of Kashmir, Chinese policy will have significant implications for the China-India-Pakistan relationship and will have a test of China’s foreign policy towards Pakistan and India. 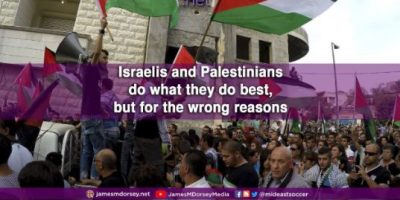 Israelis, Palestinians do what they do best, but for the wrong reasons 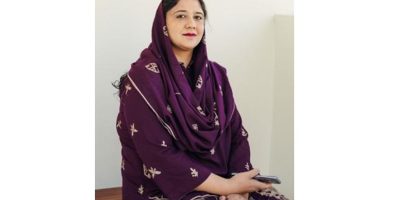 Worrying about the women’s rights scenario in Afghanistan, what can be done?