A new Kazakhstan in the making 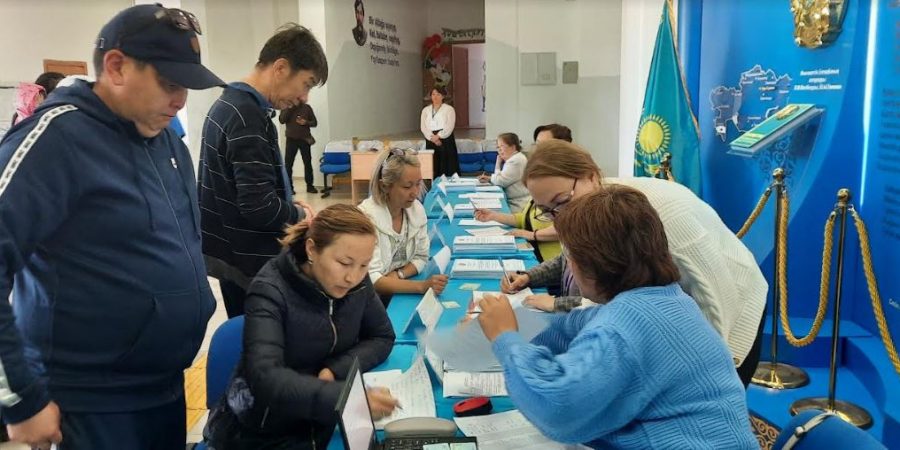 The people of Kazakhstan ostensibly set the basis for a new Kazakhstan when they voted overwhelmingly in favour of the Referendum that took place on Sunday, June 05, 2022 to determine whether the people wanted to have a new look-country with more powers to the parliament and the people. As announced by the Central Election Commissioner 77.18 per cent of the population voted in favour of the referendum. The officials of the Central Election Commission further told the media that out of over 11 million eligible voters over 07 million voters took part in the exercise. The turnout thus remained at 68.6 per cent. Those who voted against stood at 18.6 percent while 2.58 votes were declared invalid.

The election commission officials termed the entire election drill as satisfactory and according to them no issues whatsoever were reported from anywhere. The commission also praised the government for extending its full support to all those conducting the election. The Secretary General of the Shanghai Cooperation Organization (SCO), Zhang Ming in his briefing lauded the role of the Kazakh authorities for making befitting arrangements for the successful holding of the referendum. He said his mission visited a number of polling stations and found no violations anywhere.

The SCO Secretary General further said the Kazakh Ministry of Foreign Affairs spared no efforts in facilitating the foreign delegates for efficient performances of their duties such as monitoring and physical visits to the polling stations.The Russian representative was also all praise for the Kazakh authorities for making excellent arrangements. He said he visited a number of polling stations located outside of Nur Sultan randomly. He was happy to see the enthusiasm and interest with which people thronged to the stations to cast their votes.

The referendum exercise drew huge interest from all and sundry. This scribe visited a number of polling stations in the Capital Nur Sultan and the suburban areas. A brief chat with the people at each polling station showed how keen were the people to have the new system in place.After the referendum the Kazakh constitution will see a lot of changes with a view to turning the current super-presidential system into an inclusive presidential system. The changes seek to grant more powers to the parliament and the people of Kazakhstan. 33 out of 99 Articles shall be amended plus two new articles shall be introduced.

The amendments are aimed at a significant transformation of Kazakhstan’s political system. Their objective is to expand citizen participation in state governance and ensure substantial democratization of political processes. After these reforms Kazakhstan will now become a Presidential system from a super-presidential form of government. They will enhance the multi-party system and create new opportunities for the participation of all citizens in the electoral processes. The emergence of new political parties is expected to cover almost the entire electoral landscape.

The creation of the new Kazakhstan goes side by side with the concept of building a Second Republic, which envisions the modernization of the model of state governance. These measures make it clear that Kazakhstan’s leadership is well aware of the problems in society and is making every effort to address thorny issues through reforms in the political and economic spheres of the country. During our briefing with the Deputy Foreign Minister Mr. Roman Vassilenko when I asked him as to how the Referendum may impact upon the foreign policy of the country, he said, the reforms will lead to a new level of democratization in the country, never seen before adding reforms matter outside of Kazakhstan because through these reforms the country has demonstrated that it is embracing political principles that are most respected and valued in the international community; particularly by counties with developed democracies. It means that Kazakhstan can be counted upon to stand on the side of political progress, to show respect for international law, and to contribute to global security and development.

The amendments would also cut the powers of the president and ban the membership of the President in political parties for the period of his presidency. Similarly a ban at the constitutional level for the close relatives of the President on holding managerial positions in state and quasi state structures has also been introduced. As per the new changes a constitutional court shall also be established. Anyone who finds that legal acts violate their constitutional rights would be able to apply to the court and get protection. Death penalty has also been prohibited through there were hardly any death penalties in Kazakhstan.

Kazakhstan has experienced significant challenges in the first half of 2022, predominantly the tragic events in January, when Kazakhstan suffered the worst violence in its thirty years as an independence state following an armed coup attempt by terrorist and criminal groups. Yet rather than look inward, the government of Kazakhstan has used these challenges as an opportunity to transform the country into a new Kazakhstan.

It is also true that establishment of a new Kazakhstan will not happen overnight. It is indeed a deep and long process of social transformation, but as it goes, where there is will, there is way. The Kazakh government under the leadership of President Kassym-Jomart Tokayev has taken upon itself the onus of building a new Kazakhstan and that too in a very short span of time. As the SCO Secretary General said in his briefing, the Kazakh government is doing an excellent job by empowering its people and giving them their rights with the ultimate goal of true democratization of the country.

From a tourist point of view, Kazakhstan has a lot to offer to the visitors. During the week-long visit I could only visit a few places in the Capital Nur Sultan and Burabay, a tourist resort located 250 KMs away from the Capital. Nur Sultan can rightly be called the City of the Future. The city abounds in a number of high rises. The infrastructural development is phenomenal. Inflation, like other countries, has also hit Kazakhstan but even then prices of especially the daily use items have not been allowed to sky-rocket.

People are friendly and hospitable. Kazakhstan, among the Central Asian states, happens to be the largest country with a population of around 19 million. After the reforms, the country is likely to expand its outreach to the outer world with a view to not only fetch more and more Foreign Direct Investments (FDIs) but to sell its products in various world markets.

Both Pakistan and Kazakhstan have a lot in common. Desire and interest is there to expand bilateral cooperation. As announced by the Ambassador of Kazakhstan, direct flights between the two countries may start in September this year, which means bilateral relations will get a considerable boost. Then, direct flight from Lahore to Almaty will be yet another good excuse for people of both counties to diversify their trade and business relations particularly.

Regional connectivity is yet another area where the Kazakh leadership would like to see the progress sooner rather than later.  Kazakhstan, being located in the very heart of Eurasia, is strategically interested in turning to be a regional transportation hub. This is in the best interests of not only Kazakhstan, but also of other countries. This is also true for countries of South Asia, like Pakistan, through the territory of Afghanistan.

Summing up, one should hope that after the constitutional amendments Kazakhstan will appear on the world map as a democratic country whose leadership earnestly wants to share power with the people of Kazakhstan. More power to the parliament will definitely place the MPs in a much better position to play an active and cardinal role in law making and other related parliamentary businesses. Power sharing ostensibly is a difficult call. The Kazakh President Mr. Tokayev has accepted this challenge especially keeping in view the fate of the Soviet Union when the then President Mikhail Gorbachev decided to democratize the country and that move had led to the disintegration of the Soviet Union.

President Tokayev and his aides are confident that nothing of that sort will happen in Kazakhstan as the new reforms and constitutional changes seek to not only empower the Kazakh people but they also ensure a better and prosperous future for them. The way Kazakhstan is positioning itself in the comity of nations and the way an economic turn-around is being put in place, one can easily predict that Kazakhstan is going to be a leading developed country in the years to come.