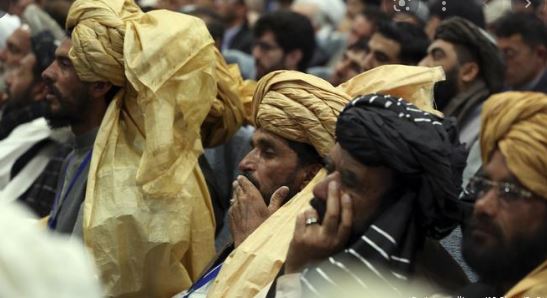 PESHAWAR, /DNA — In a bid to further facilitate, the Afghan government-brokered talks between Pakistan and banned TTP, a 50- member Jirga Wednesday left Islamabad for Kabul. The Jirga members are belonging to different areas of Khyber Pakhtunkhwa, affiliated with JUI(F), PPP and other parties.

Before flying to Kabul, ex-governor of Khyber Pakhtunkhwa Engineer Shaukat Ullah, “hopeful for fruitful outcomes of Jirga induction in negotiation process.” Afghan government has already shown satisfaction over the negotiation process, process commenced indirectly in end of previous April and directly (with landing of Gen Faiz at Kabul) in mid of May. Though analysts believes, “Jirga’s always playing key role in settling of terror like issues.

However, analysts  believers, “ banned TTP demands for reversal of FATA status to merged districts and withdrawal of troops from these tribal districts are the main issues before inking of final truce.